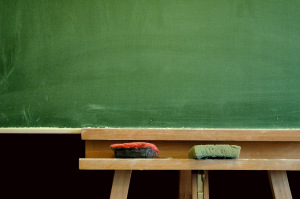 To follow on from my post about asking questions, I’ve been thinking about how much we don’t know. Stuart Firestein, a neuroscientist from Columbia University, has written a book called Ignorance: How it drives science.[1] In Ignorance, Firestein describes how he loved lab science, but found teaching undergraduates a bit of a struggle. The problem was that he spent the whole time teaching what was known, filling the students’ brains with knowledge. He had forgotten that as well as following the textbook, he could highlight the gaps in knowledge or the rival theories, showing where the opportunities are for young researchers to push back the boundaries themselves. Those are the really interesting parts. As Marie Curie said, ‘One never notices what has been done; one can only see what remains to be done…’

Firestein’s analogy for scientific research is that it’s like trying to find a black cat in a dark room. ‘It’s groping and probing and poking, and some bumbling and bungling…’ Eventually someone finds a light switch. A solution is revealed, everyone exclaims, “So that’s how it looks!” and they all troop into the next dark room. This process is exciting to scientists, and when left to themselves they tend to talk about what is unknown, rather than the known.

To neglect the unknown in one’s teaching is a grave mistake. Plutarch said that ‘the mind is not a vessel that needs filling, but wood that needs igniting.’ I did enjoy the brain-filling (I only recently threw out my first university textbook), but the fire lighting was definitely the best bit. Some of my science teachers struck a match by telling us about the grey areas and the unknowns, and I dived into one of those areas in my PhD research.

To counteract his own tendency to teach only the known, Firestein created a new course called ‘Ignorance’. The quandary is, do you want a good mark or a bad one in Ignorance 101? And would you want to be asked to teach on it? Thankfully, his colleagues accepted his invitation to present the most puzzling problems in their field, and it was a popular course.

The sort of ignorance that is interesting is not wilful stupidity, indifference or simply being uninformed. The interesting kind of ignorance is where knowledge is absent. The data don’t exist, or what is available doesn’t make sense. Perceptive, knowledgeable ignorance leads to pertinent questions and successful scientific research programmes. As Einstein said, ‘Thoroughly conscious ignorance is the prelude to every real advance in science.’