If science is the answer, what are the questions? 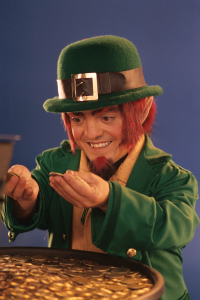 This was the title of a lecture that Alister McGrath gave at Wesley Methodist church, as part of its excellent ‘Science meets Faith’ series, and also the Cambridge Science Festival. McGrath’s talk was a series of rapid-fire arguments for belief in God that sparked off a vigorous discussion afterwards on the subject of proof or evidence for God. I found some of his arguments very helpful, and particularly those that showed how important faith is important in other areas of life besides religion.

The mathematician and philosopher W.K. Clifford said that ‘it is wrong, everywhere, and for everyone, to believe anything upon insufficient evidence’. But who decides what is sufficient evidence? Some beliefs would widely to be agreed as right even though we can’t prove them, for example that democracy is better than totalitarianism. To come at it from another angle, we don’t believe in Leprechauns because we can’t see, hear, touch or smell them. But we believe in gravity even though we can’t see, hear, touch or smell it. Gravity makes sense of the data, so we believe it is a real force. We have evidence for some things, but not absolute proof. The evidence may also be open to alternative conclusions, and we have to decide what makes the most sense. In other words, we have the ‘absence of totally supporting evidence, not a total absence of supporting evidence’.

McGrath also described science as a journey that hasn’t ended yet. We can’t assume that any of its pausing points are its final destination. We know that radical theory change happens. Last century there were massive shifts in cosmology, so the scientific consensus moved from a steady state universe to the Big Bang model, and now people are talking about a multiverse. The apparent fine-tuning of the physical constants at the time of the Big Bang is enough to make a number of physicists think about God, or some sort of Mind in control of the universe. All that might change, but so far science has not come up with anything incompatible with the idea of God.

If you look at how science progresses, you can see that faith is a fact of life. For example, both the single universe and multiverse models have support within the scientific community. They can’t both be right, but you might believe that one is more correct than the other. The literary critic Terry Eagleton has written about reasonable but irrational beliefs. Faith isn’t irrational; it just goes beyond limits of reason. If that doesn’t make your head hurt I don’t know what will, but I think it makes sense. There is a difference between proof and justification. So where does that leave us?