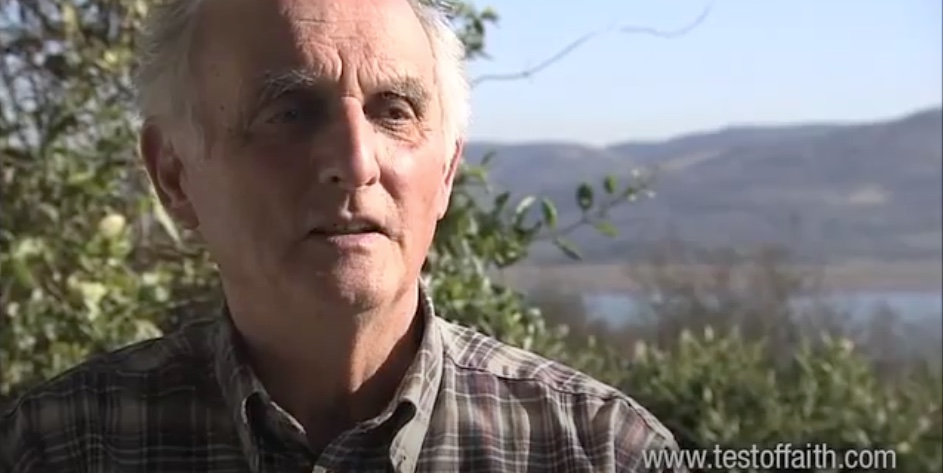 Last week Sir John Houghton, a significant figure in the UK science and religion world, and part of the Faraday Institute’s wider network of colleagues and speakers, passed away. Our thoughts and prayers are with his family and friends in these difficult times.

During his lifetime John was Professor of Atmospheric Physics at Oxford University, Director General of the Met Office, and Chair of the IPCC Scientific Assessment Working Group, as well as President of the John Ray Initiative, a Christian Environmental Education charity that he helped to found. I was privileged to be in touch with him on a number of occasions when I worked for Christians in Science, and also in my role developing resources of the Church at the Faraday Institute. He was a key contributor to the Test of FAITH resources, and was always quick to give permission to re-use material from his many talks and publications.

When I shared this news with a member of my household she asked, ‘did you know him?’ I was able to reply that he chose our electricity supplier. We had both been invited to speak at a Christians in Science conference in Spain in 2012, and I mentioned to John after one of his talks that I hadn’t done very much to change my own impact on climate.

In his usual kind and encouraging way, he said that I could switch my energy supplier to one with a green tariff, and even told me which supplier he considered was the best (which I chose to go with, on the basis of his recommendation). He told me that this was one of the simplest and the most significant decisions I could make in terms of mitigating my own impact on climate change. Jokingly, he said, “and every electron that goes into your house is green!”

I also appreciated John’s emphasis that the richer countries – who have benefitted from centuries of fossil fuel use – cutting down their emissions so that other countries can also flourish without increasing our overall impact on the climate.

Below are links to some of the Christian-focussed resources that John contributed to over the years. If you have some spare time for extra reading and listening under lockdown, I hope these will stimulate your own thinking in this area.

The John Ray Initiative: a Christian environmental education charity that John helped to set up.

Chapter in God, the Big Bang and Bunsen-Burning Issues (Authentic, 2008)

Faraday Paper no. 5, Why Care for the Environment? (pdf, available in several languages, 2006)

Gardening with God – brief resource from Christians in Science (1990’s)