Guest Post: Life as old as the Earth? The earliest evidence for living things 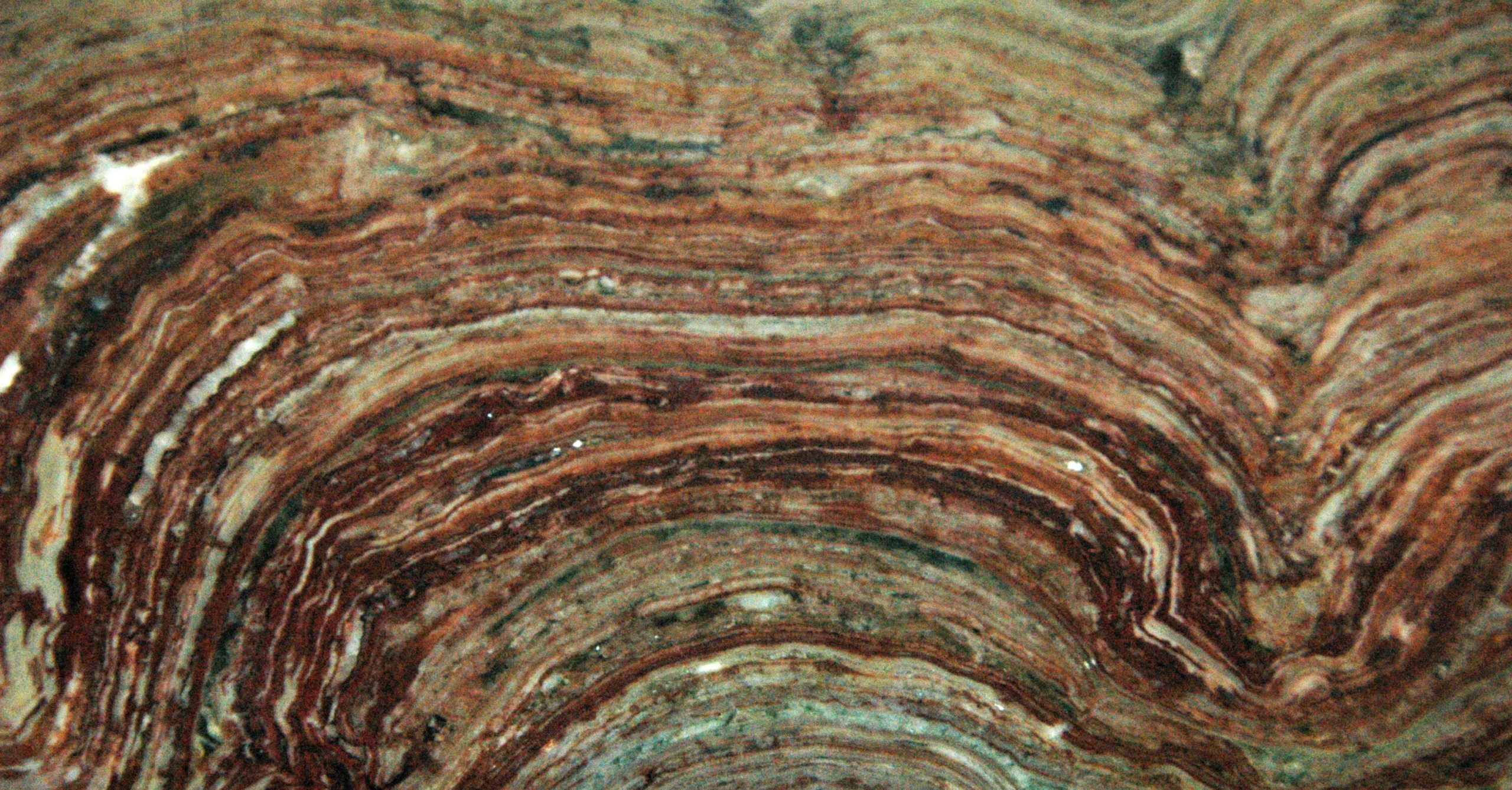 The history of life on Earth is almost as long as the history of Earth itself. The most precise scientific dating methods tell us that our planet formed 4567 million years ago, although there are no rock samples preserved from this ancient and chaotic time. The oldest known Earth materials are about 4300 million years old, and are found in the remote deserts of western Australia. The oldest probable evidence for life on Earth has been dated between 3700 and 3800 million years, in west Greenland, and is so sophisticated that the history of life on earth must extend much further back. These observations suggest that life is a fundamental property of our planet, a feature which makes the Earth very different from its immediate rocky neighbours.

The record of life on Earth comes from fossils, the remains of former living organisms now preserved in the marine mud which was their once their home. The hard shelly parts of organisms such as mussels can be turned into rock over geological time, and are recognisable as the remains of animals. Soft-bodied organisms such as worms and jellyfish are much more difficult to find in the rock record since they are more difficult to preserve, and former micro-organisms are extremely elusive. Soft bodies generally decay into pure carbon, which is most commonly preserved in rocks in the form of the mineral graphite. However, not all graphite in rocks is biological in origin. Thus the search for very early life on Earth has to focus on chemical rather than physical fossils.

Chemical fossils contain a fingerprint of material which was once living. The most straightforward fingerprint is that of carbon, which is a vital constituent of all living cells, and preserved in rocks as graphite. There are two stable forms of carbon atom, each with different atomic masses – carbon-12 and carbon-13. Both forms behave in exactly the same way in chemical reactions but their relative abundances may be changed by biological processes. During photosynthesis, for example, when plants or algae turn sunlight and carbon dioxide into energy, the ratio of the two types of carbon is changed from the ratio found in non-biological carbon. This produces ‘isotopically light carbon’, which can be detected using very precise, high resolution chemical measurements known as mass spectrometry.

In the late 1990’s two groups of scientists from the USA and Denmark, working independently in the Isua region of west Greenland described tiny graphite specs in rocks which were thought to be former sediments. The rocks in this region represent the largest sequence of truly ancient rocks on Earth – a sequence of volcanic lavas and sediments formed in a former ocean – and are dated at between 3700-3800 million years old.  Both research groups made claims that their graphite specs were characterised by ‘isotopically light carbon’. However, the rocks at Isua have had a very complex history, not least being baked to many hundreds of degrees Centigrade and buried for millions of years to between 15-20 kilometres depth. In this process it is possible that primary biological signals may have been modified. This turned out to be the case with the data from the USA research group and for many years there were doubts over the claim for early life at Isua.

In 2013, a research group from Japan reported new results in which they had not only fingerprinted isotopically light carbon in Isua graphite, but were also able to show from the crystal structure of the carbon that it was biological in origin, strongly supporting the claim for life on Earth at 3.7 billion years ago. An even more exciting discovery came from an Australian-British group who, in 2016, found actual fossils from the rocks at Isua. A new outcrop exposed by melting snow had revealed stromatolites – primitive algal colonies made up of groups of single-celled organisms which trap fine grained limestone-mud and are preserved as a distinctive banded hummocky unit in the rock a few centimetres high. The features in the Isua sediments are identical to stromatolites in much younger rocks. Stromatolites still form today in warm shallow seas and it is probable that the Isua stromatolites formed in an identical environment.

Life as old as the Earth?

It might be surprising to learn that the forms of life found at Isua are relatively advanced. Singled celled photosynthetic organisms might appear simple, but they require a huge amount of pre-history in their assembly. This implies an even earlier history for life on Earth than the 3700 million years recorded at Isua. This history has not yet been found in the rock record, but the clues suggest that the first life on Earth emerged shortly after the formation of the planet itself. So, does this mean that the Earth is in some way special, singling it out from its near neighbours and those other rocky planets which we have yet to identify in other solar systems? Do we live on a unique planet in which all the right conditions were present for the emergence of life – a goldilocks planet in which the conditions for life were ‘just right’? Or, is our planet typical of most in the many as yet unexplored solar systems, in which life is an inherent property and living organisms are the norm?