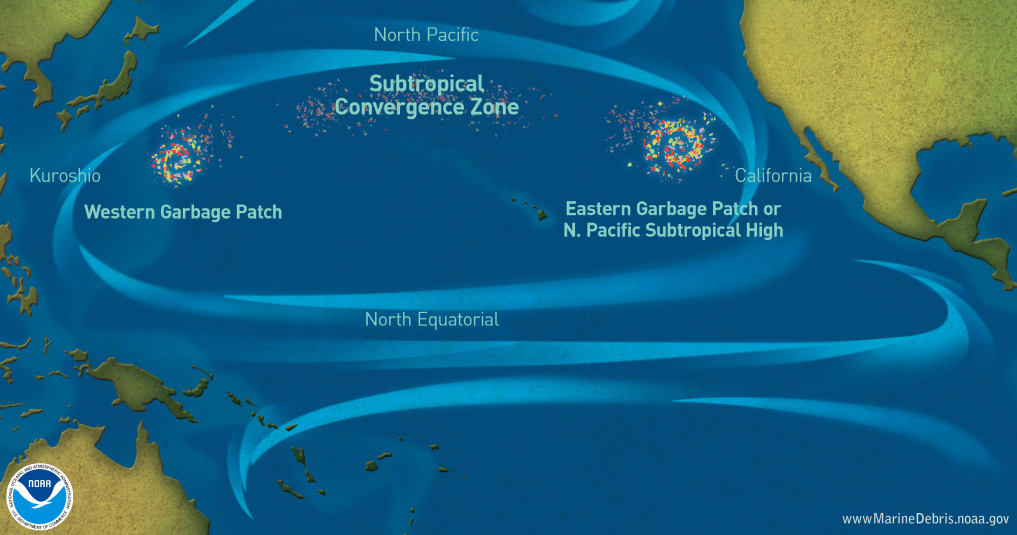 Humanity is affecting the ocean in profound ways. In this post, I will briefly explore two of those impacts from the perspective of a professional oceanographer. First, the effects of human use of fossils fuels leading to increased levels of atmospheric carbon dioxide and so to global (including ocean) warming; and second, human disposal of plastics in the ocean. The importance of the latter was highlighted by David Attenborough in the BBC’s “Blue Planet II” in the autumn of 2017, leading to an increased public awareness of this issue. However, both issues have been of concern to oceanographers for many years.

The clear effect of increasing atmospheric carbon dioxide is that the world is warming, including the oceans (this is 19thcentury science). 93% of the excess heat due to global warming is entering the oceans. This leads to changes in ocean currents and affects the transport of heat by the oceans. Perhaps the most significant effect is the resulting global rise in sea level. A projected rise of about 1m in sea level by the end of the century may not seem like very much, but approximately 10 million people live within 1m of sea level in Bangladesh, so this rise would displace them all. Indeed, the evidence suggest that the consequences of global warming, such as sea level rise, droughts and floods, will have their biggest impact on the poor of the world.

There are also impacts on life in the ocean. For example, many species (such as plankton and fish) are temperature sensitive so that as the ocean warms their geographical distributions and abundance are changing. At a local level more warm water species, including some shark species, are being found around the UK, while cold water species will be increasingly confined to the shrinking areas of colder waters at higher latitudes. Perhaps more importantly, warming oceans will lead to the bleaching of coral reefs and the destruction of these oceanic hotspots of biodiversity. Although coral reefs occupy less than 1% of the ocean floor they harbour about a quarter of all marine life. In terms of biodiversity they are the ocean’s equivalent to the tropical rain forest. It is estimated that up to half the world’s coral reefs may be in danger of destruction within a dozen or so years.

There is too the so-called ‘other carbon dioxide problem’. Increased atmospheric carbon dioxide levels lead to more of it being dissolved in the ocean, resulting in turn in ocean acidification as it reacts with water to form carbonic acid. This matters for the future of marine life, as a more acidic ocean will impact some species by influencing their metabolic rates and immune responses. Perhaps more critically, acidification can also lead to coral bleaching and the dissolution of the calcium carbonate which reef building corals use to form their skeletons.

The problem of plastics in the ocean has recently entered the public consciousness in a significant manner, but the issue has been of concern to oceanographers for many years. For example, we have known of the existence of the so-called Great Pacific Garbage Patch lying between Hawaii and California (a large part of which is composed of plastics) since the late 1980s. Plastics degrade slowly and can remain in the ocean for centuries, and the ocean currents can move pieces of plastic over great distances – hence the formation of the Great Pacific Garbage Patch. Iconic images of turtles and other marine animals entangled in plastic fishing nets or having eaten plastic bags capture the public imagination, but more problematic may be the presence of microplastics (less than 5mm in size) in the ocean. Microplastic particles are small enough to be ingested by plankton or fish, with largely unknown effects, thus entering the oceanic food chain. Ultimately, human beings may eat the fish, so this might affect human health too.

Overall, global warming affects the physics of the oceans, its temperatures and currents, and the sea level at the coast. These changes can have profound negative effect on humans and on marine life. Given the Jesus’ first and second commandments – to love God and love our neighbour – Christians should take seriously our responsibility to care for God’s Earth and the creatures in it. Otherwise how can we claim to love God if we are destroying his creation? We also need to love our neighbour, especially the poor of the world who will be most affected by global warming, by changing our lifestyle to reduce our dependence on fossil fuels. These are significant challenges that we need to face up to and respond to.

For the Christian, if we respond to this challenge we can go forward in hope, as 1 Corinthians 15:58 says. “Always give yourselves fully to the work of the Lord, because you know that your labour in the Lord is not in vain.”Caring for God’s creation is part of “the work of the Lord” that we are called to, and what we do in this area of our lives can make a difference to the future of oceans and the Earth. In doing this we are anticipating  the coming of “the new heaven and the new Earth” (Revelation 21:1), and so demonstrating the presence of the kingdom of God in this present world. 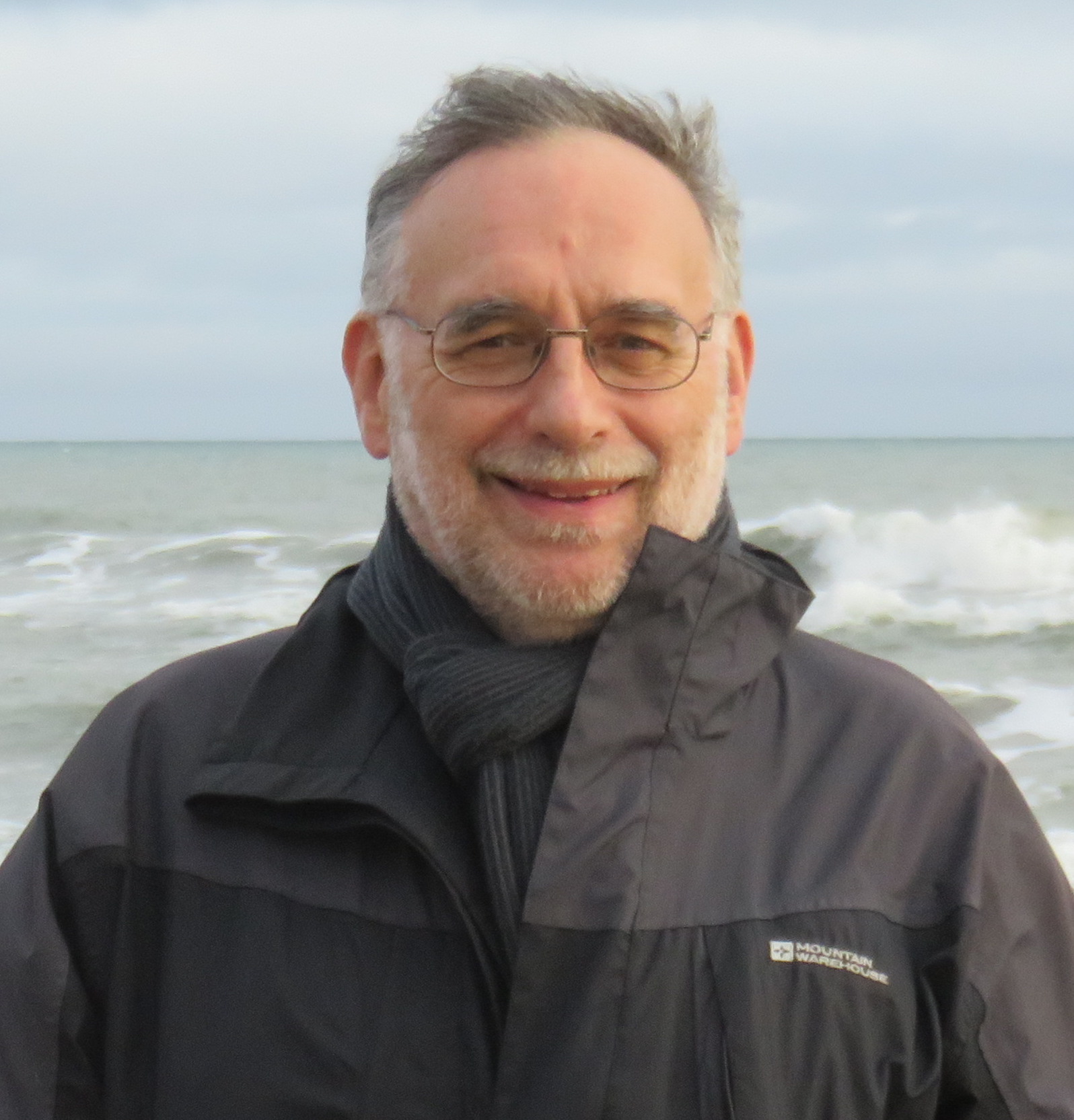 Meric Srokosz is Professor of Physical Oceanography at the National Oceanography Centre, Southampton, and former associate director of The Faraday Institute for Science and Religion in Cambridge. He has carried out research in the areas of ocean waves, satellite oceanography, the ocean’s role in climate, and the effects of physical processes on plankton growth in the oceans. He recently published a book Blue Planet, Blue God: the Bible and the Sea (SCM Press, 2017) with his co-author Dr Rebecca Watson.