This week as I was demonstrating “Messy Church Does Science”, I extracted someone’s DNA using salt water, washing-up liquid and methylated spirits.  At the boundary between these substances, a white substance forms that can be drawn out into a thin glistening thread made up of millions of stands of DNA – the twisted double helix.  That form itself is a wonderful example of the artistry that arises from a chaotic mix of chemical elements.  Yet perhaps true artistry is seen in the emergence of life that DNA shapes in all its diversity and beauty across millions of years. 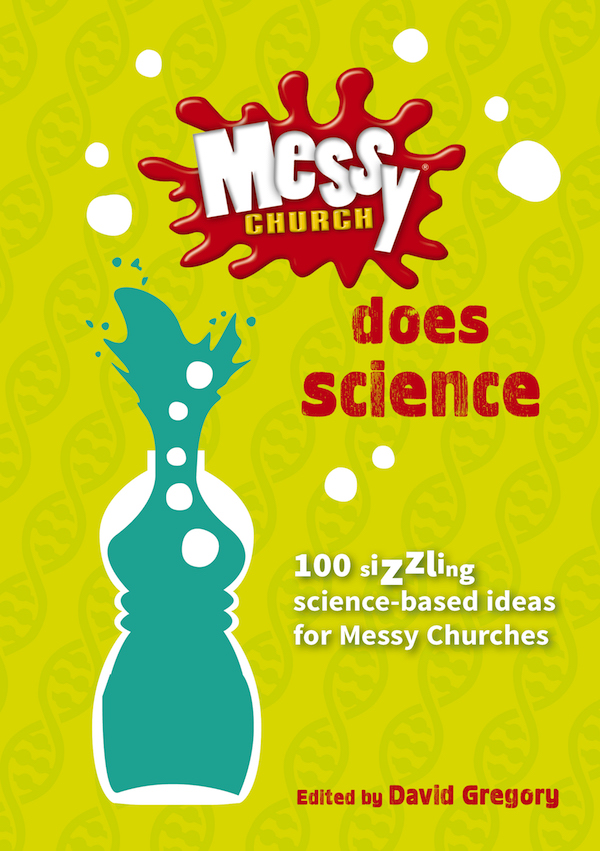 This beauty of life, or perhaps beauty within death, was apparent as I walked down the tree-lined road outside my church this lunch time, glowing with bright impressionist autumn colours of reds, oranges and yellows.  These colours erupt as the life-sustaining artistry of green chlorophyll, using the power of sunlight to turn carbon dioxide and water into complex sugars, fades away.  Peaceful hues of green are replaced by the joyous vivid colours of death.

These molecules rely on one of the most simple but wonderfully artistic molecules of all: one that we can hold in our hands, breathe into our lungs, and sometimes see coating the world with glistening beauty.  Simple, simple, water – liquid, vapour, and ice.  Comprised of an atom of oxygen with two of hydrogen, surprising properties emerge when these individual atoms interact.  A water molecule is like a very weak battery with positive and negative poles. The oxygen atom carries a slight negative charge and the hydrogens a slight positive charge. These oppositely charged parts are attracted to each other, causing water molecules to clump together, and making its freezing and boiling temperatures higher than other similar molecules. Water also has the ability to dissolve organic compounds, which is vital in the molecular processes that lead to the emergence of life’s artistry.

Water’s interaction with light, too, has a beauty of its own.  Raindrops in the atmosphere break the sun’s light into the rainbow’s myriad colours, which artists with brush and paint find so difficult to capture.  This glory is made possible by the transparency of air: Nitrogen and Oxygen with a smattering of water and even less Carbon Dioxide and other trace gases.  This creates a glinting slither of blue along the edge of satellite images of the Earth acting like a window, allowing the sun to warm the surface of the Earth in the same way that soil under the glass of a greenhouse is warmed.  This warmth would be lost without water and the other so-called “greenhouse gases”: molecules with their own special artistry.  For while Nitrogen and Oxygen happily let that heat flow back into the coldness of space, water vapour clouds the transparent pane of air, capturing heat and warming the earth from a frozen ball of rock and ice to one which can sustain liquid water and the possibility of life.

And cloud the air it does, with different forms of water: liquid drops and crystals of ice, uncounted in their forms.  Artistry emerges as molecules dance and swirl at the atomic level: ice and snow’s crystalline beauty emerging as if designed by the most gifted of jewellery designers.  Sheaths of ice fall across the sky, driven by strong winds as if angels were passing by.  Cooling fluffy white clouds float by on a warm summer’s day.  Sky-towering, dark thunderstorms pour down rain, both giving and disturbing life.  Clouds swirl together in hurricanes, before whose winds life bows, bends and breaks.

All this artistry is caused by heat released as water vapour condenses to liquid drops and ice crystals, or melts and evaporates, cooling air, at rates higher than might be expected from such a simple combination of just two elements. This is a lesson that our modern view of the world through the lens of science constantly brings into view.  In the world of molecules, one plus two does not always add up to three!   Things are more than the parts of which they are made.  New complex behaviours and properties emerge when simple things are brought together – possibilities that are more than the sum of the parts.

While the ancient writers of the Bible did not view the world through the lens of science, they were acute observers of creation.  Listen to the writer of Job describe the part that water plays;

“God is exalted in his power.
Who is a teacher like him?
‘He draws up the drops of water,
which distil as rain to the streams;
the clouds pour down their moisture
and abundant showers fall on mankind.’ ”

Today we would recognise this as the atmospheric water cycle.  It was a wonder to the writer, and perhaps is more so to us for we know how special the molecule is that allows the emergence of such artistry.  Yet is there more to wonder about here?  What, or who causes such artistic laden properties to emerge?  They are not proof of the divine’s artist brush stoke upon the canvas of the cosmos.  But they may be a window to gaze through, allowing a more personal encounter to emerge which is perhaps the most special property of an emergent creation.

Rev Dr Dave Gregory is currently Senior Minister of Croxley Green Baptist Church.  With a background in physics, astronomy and meteorology, he undertook research into clouds in weather forecasting and climate at Imperial College, The Met Office and The European Weather Centre for Medium Range Weather Forecasts.  In May 2018, he takes up a year-long role as President of the Baptist Union of Great Britain with a theme “Divine Windows”, part of which will explore how the visualisations of science might provide a window for encounter with God. As Dr Dave he recently edited the book “Messy Church Does Science” published in June 2017 by BRF that aims to help families encounter the wonder of science and God through simple shared science experiments.