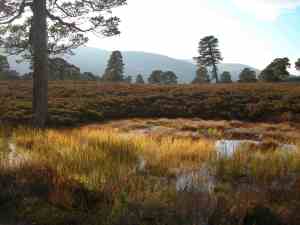 I have been reading Nancy Frankenberry’s book ‘The Faith of Scientists’. The first four scientists covered – Galileo, Kepler, Francis Bacon and Pascal – were all Christians, and then the definition of faith gets somewhat broader. Einstein, Dyson, Dawkins and others are included, some of whom are vigorously against any kind of faith.

I want to focus here on Francis Bacon, who is well known for his contribution to the development of experimental science, and whose understanding of science and Christianity is fascinating. His faith informed his thinking and writing in a very overt way, though he was largely in favour of keeping science separate from theology. (Bacon would have been shocked by Kepler, ten years his junior, whose science was so obviously driven by his theology.)

In his writing Bacon highlighted the importance of some things that are now taken for granted, and contribute to the pursuit and transparency of science.

1.     The need to ‘ask the right questions’ in approaching new fields of study

Bacon saw science as an act of Christian service, and took truth-telling very seriously. He was keenly aware of our ability to deceive even ourselves.

May God never allow us to publish a dream of our imagination as a model of the world, but rather graciously grant us the power to describe the true appearance and revelation of the prints and traces of the Creator in his creatures.

if in anything I have been either too credulous or too little awake and attentive, or if I have fallen off by the way and left the inquiry incomplete, nevertheless I so present these things naked and open, that my errors can be marked and set aside before the mass of knowledge be further infected by them; and it will be easy also for others to continue and carry on my labours.

Finally, I want to share this prayer, taken from Bacon’s ‘New Organon’. This is a great attitude for work of any sort, let alone science, which can feel so fruitless at times.

And therefore, Father, you who have given visible light as the first fruits of creation and, at the summit of your works, have breathed intellectual light into the face of man, protect and govern this work, which began in your goodness and returns to your glory. After you had turned to view the works which your hands had made, you saw that all things were very good, and you rested. But man, turning to the works which his hands have made, saw that all things were vanity and vexation of spirit, and has had no rest. Wherefore if we labour in your works, you will make us to share in your vision and in your Sabbath. We humbly beseech that this mind may remain in us; and that you may be pleased to bless the human family with new mercies, through our hands and the hands of those others to whom you will give the same mind.