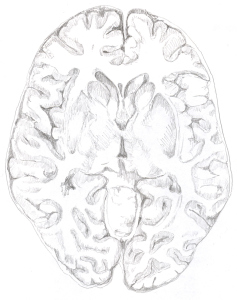 Neuroscientist Bill Newsome is grappling with a question that has perplexed scholars for millennia. Do we have free will? That is certainly something to wonder about. At the Faraday Institute summer course, philosopher Peter van Inwagen refused to speak about ‘the f___ w___ phrase’, for fear of becoming embroiled in debates over definitions, and instead chose to speak (in a lecture at The Faraday Institute) about determinism. But Newsome finds himself in a profession where the question of free will is more immediate, and both his scientific and his spiritual instincts have led him in an interesting direction for answers.

‘What people have the capacity to choose, they have the ability to change.’
Madeleine Albright, 2006 Snowdon lecture

‘We become that which we love.’
Attributed to Saint Bridget, popularised by Jason Mraz

The central dogma of neuroscience is that all of our behaviour and mental life is inextricably linked to the brain. That’s all very well, but most people would believe that much of our behaviour is a choice resulting from our unique beliefs, values, and aspirations. How do the two fit together?

In his recent Faraday seminar, Newsome gave his interpretation of the famous Libet experiment. Benjamin Libet suggested that our decisions are made before we become aware of them, and his work has influenced much of modern neuroscience and its central dogma. In spite of problems with the original experiment and subsequent studies on decision-making, it is highly probable that we have biases that affect many of our decisions. The fact remains, however, that once we do become aware of making a decision, we feel that we can choose to change our mind. As Newsome’s colleague commented, ‘I don’t mind showing up a bit late so long as I get to play when I arrive’. But is that enough?

In his plenary lecture at the Christians in Science conference this summer, Newsome laid out his position on free will. He is committed on two levels. First, as a Christian he believes that we can have a meaningful spiritual life and are able to make choices. Secondly, as a neuroscientist he has seen first-hand evidence that our mental lives are rooted in the physical processes of the brain. He would argue that we have self-determination (or autonomy) for the following reasons.

So the bottom line is that higher levels of causation (e.g. conscious decision) count as well as fundamental ones (e.g. genetic). In other words, if I make a choice, while the ‘wires and chemicals’ of my brain are essential for my decision-making capability, they do not ultimately cause that decision. My abilities may be constrained in some way, but within those constraints I can do what I like. For example, I can choose to learn to play golf, but unless I am exceptionally talented and focussed, I am unlikely to beat Tiger Woods.

An example of how choice can affect behaviour is the practice of Cognitive and Behavioural Therapy (CBT) which helps individuals to change unhealthy ways of thinking, resulting in changes in behaviour. CBT in combination with anti depressants has been shown to be more effective that either alone, and Aaron Beck has been awarded the Laskar Award (widely regarded as a stepping stone to a Nobel Prize) for his work on CBT.

The question of free will is a complex one, and it’s fascinating to hear a neuroscientist discuss it at a very practical (though still complex!) level. When someone who studies biological systems at such a high level of detail starts to ask questions about how their academic work relates to the rest of life, that makes for a very interesting conversation.