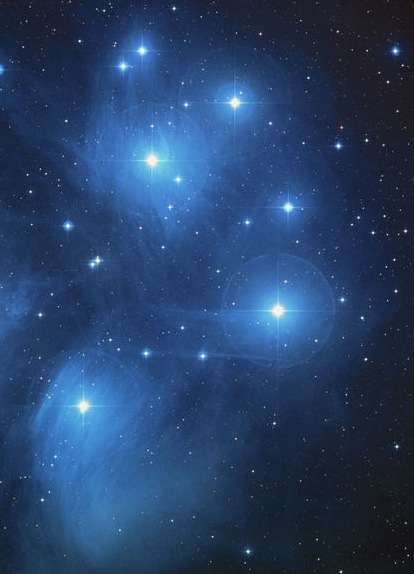 Time for a Christmas post! The BBC series The Nativity featured three scholars from the East who pieced together history, prophecy, politics and astrology to predict a momentous event in Judaea. They threw all their resources together and traveled for days to be present at the moment when God stepped into the world he had created. Stepped isn’t quite the right word, but the fact that God came to us through the birth canal of a Judaean peasant girl is hard to describe elegantly – it’s not the PR spectacle that we would have planned if God’s arrival on earth had been left to us.  God knows what we’re like and he chooses to communicate with us in ways that turn our petty assumptions upside down.

God’s welcoming committee included scholars – perhaps Zoroastrian – who used astrology to predict his birth. This is a fantastic example of ‘common grace’. Astrology isn’t given the time of day by either scientists or Christians today, but it worked for the Magi. I can’t help thinking that the arrival of these learned men at the birth of Jesus is a great link between science and faith.  What better way to discover God than to explore the world and follow where the evidence leads?

What exactly was the star of Bethlehem? Over the centuries many scientists have investigated this question, and they have come up with a variety of answers. A full survey of the literature is impossible in this space, and I apologise for any omission! The three most popular suggestions are i) a supernova, ii) a planetary conjunction, and iii) a comet. The original date of 1BC for Jesus birth was set by a sixth century monk called Denis the Little. We now know that Herod the Great died around 4BC, so the actual date of Jesus birth must be a little earlier.

First, the supernova. A supernova is the massively bright explosion caused by a dying star. On rare occasions a supernova can be seen from Earth with the naked eye. It can remain visible for up to several months, and was a phenomenon that completely mystified ancient astronomers. Two recent suggestions for a supernova that might match the timing of the Bethlehem ‘star’ in the Gospels have been a supernova in the Andromeda galaxy between March 8BC and Sept 7BC (Tipler, 2005), and one in the constellation of Capricorn in the Spring of 5BC (Clark, 1977).

Next, the planetary conjunction. The one most commonly associated with the star of Bethlehem is a conjunction of Jupiter and Saturn in the constellation of Pisces in 7BC. This idea was suggested by Kepler in 1606 and has been revisited several times since by other astronomers, but scholars differ over whether this would be extraordinary enough to be the ‘star’ that is mentioned in the Bible.

Finally, the comet explanation. This was put forward by Sir Colin Humphreys, Professor of Materials Science at Cambridge University, in 1995. I’ve heard him tell the story of how he saw in his daughter’s ‘Great Men of History’ book that the dates of Jesus’ birth and death were not known very accurately. Being a Christian, he thought it was important to know a bit more about such momentous happenings as the nativity and crucifixion of Christ.  He got together with an astrophysicist from Oxford University, WG Waddington, to work out the most likely dates of both events. The Nature paper that he and Waddington then wrote on the date of the crucifixion is – a somewhat unusual output for someone whose stock-in-trade is electron microscopy.

The comet that Humphreys suggests marks the birth of Jesus is one that was recorded by Chinese astronomers between March and May, 5BC. He speculates that the ‘no room at the inn’ scenario came about because Jesus was born during Passover, and that the Magi visited Jesus and his family in May or June. Whatever the true explanation for the ‘star of Bethlehem’ may be, it seems likely that an event in the heavens did happen during the time of Jesus’ birth.

There’s no argument – as far as I know – that Jesus of Nazareth was a historical person. People interpret the Biblical account of his birth in all sorts of ways, but I personally have no problem with accepting that remarkable events occurred around that time. If God was going to take on the form of one of his own creatures one would expect that to be marked in some way! As I heard on Sunday, one could think of it as a ‘truth superior to our understanding yet not contrary to reason’.

I wish you all a Happy Christmas!

This post is adapted with permission from an article that I wrote for The Reader, Winter 2011 edition. With thanks to Revd Dr Rodney Holder for cosmological advice.