Fanning the flames: Science and Faith in New Zealand

This week’s post is from a young scientist who has played a key role in galvanising a new science and faith initiative in New Zealand. Jacob (Jake) Martin is a PhD student who has just spent a year studying in Cambridge, but he has also been working hard setting up an initiative to help other scientists in his own country understand the positive connections between science and faith. You can read the transcript of my interview with Jake below, but if want to find out more about this new initiative, as well as his uniquely geeky marriage proposal, his work, his favourite molecule, and an experiment you can do at home – you’ll have to listen to the podcast.

First of all, Jake, why are you in Cambridge?

I am currently in the chemical engineering department and I’ve just finished my first year of my PhD. I’m studying soot formation in the computational modelling group. We are currently looking at how we can describe the self-assembly of soot particles in the computer, and the reason we are doing this is because soot is a really important aspect to global warming. When soot is deposited on the ice caps, it increases the amount of heat which gets absorbed from the sunlight, and actually contributes to the ice caps melting. The majority of the ice cap melting is actually due to this soot deposition. So the idea is, if we can figure out how soot forms, we can stop it from forming in engines and then we can reduce the amount of ice that we lose.

So this is a chemistry project essentially, but it’s looking at something that is having a massive effect on the entire living world.

Yes, all the way down to single molecules.

What got you interested in science and faith in the first place? 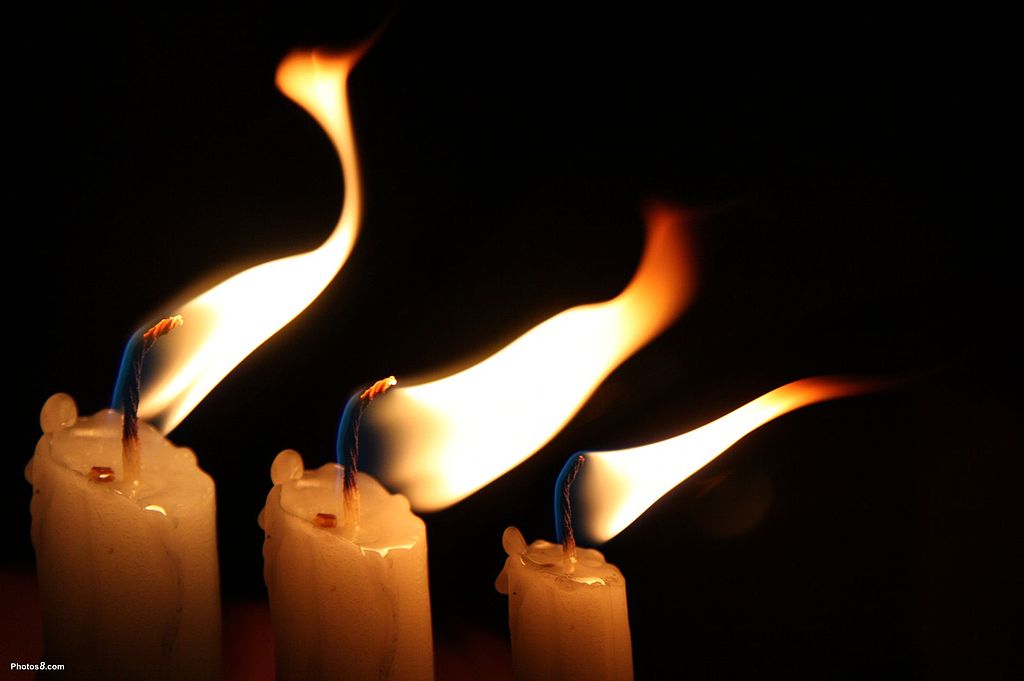 I was brought up as a Christian in New Zealand and I also really enjoyed the natural world. I really loved asking questions about the natural world. How do things work?  I remember very early on asking my teacher how does a flame work, which is kind of the topic of my PhD thesis, and not getting a satisfactory answer. I didn’t know where the different colours came from, or what was formed in the flame. I was just puzzled by it. So early on I was asking science questions. My parents didn’t have any background in science – they’re in marketing and management – but they encouraged me and they always took me to the library. So I got a lot of good input, and good teaching as well – in New Zealand there’s a lot of good science education.

For a long time those two were kept quite separate in my life, until I came to my high school years and the question of how my faith links with the scientific world came together. Unfortunately it came together in an either/or sort of circumstance where I could either believe mainstream science or take a particular view of science as coloured by a particular reading of Genesis. I remember in high school debating with teachers about Genesis and its literal translation and doing science at the same time. It was quite difficult really to maintain rigorous science and thinking about the world and having this view.

I then went to University and I found, unfortunately, this combative narrative repeated in a lot of my lectures and a lot of discussions I had and I saw the real detriment that had – a lot of people losing their faith, a lot of people getting more cemented in their views as opposed to really discussing the issues and coming to agreements. The thing that really changed my relationship with science was the people that I was getting to know. I met with some really good theologians. My vicar had taught mathematics at University and he was very good at explaining things to me, and also I met with Graeme Finlay in New Zealand who has done a lot on human evolution, and I guess it was really through talking to people about the interpretation of Genesis that I really started to reconsider my views and start to think about my current view of theistic evolution. But, yes, it was fairly turbulent – the relationship – I would say.

That’s taken you to quite a unique place for most PhD students, so there is this whole other part of your life now as well as your PhD project. Can you tell us a bit about that?

Yes, so another aspect of what I’m part of at the moment is I’m setting up an organisation called New Zealand Christians in Science, and the point of this organisation is to bring together scientists in a way that allows them to discuss issues of Christian faith in a safe environment, in a place where they can really wrestle with the issues that are facing them and they can also access the resources that are needed to bring them to a point where they are comfortable with the conversation. I really hope that when someone who is a similar age as me in high school starts to ask these questions that they’ll be able to have a robust discussion to go to – a safe place to go where they can engage in the dialogue between science and faith and they can be strengthened in their Christian faith.

So how did you come to be involved in such a big project? How did that get off the ground?

The idea for that was really started by Graeme Finlay who is the project director for New Zealand Christians in Science. He really wanted to support people, particularly young Christians, in their faith. He wanted to engage with young people and with scientists in a way that allowed them to express their faith in their scientific context. So I remember talking with him about the idea and just his enthusiasm for the organisation and then talking with other people in New Zealand about their excitement as well, and really putting it together was so much fun because there is so much energy in New Zealand for this discussion.

We’re interested in the wonders of the living world here. Going back to your own scientific work, do you see any of those wonders there, or any questions that are raised there?

I’m always enthralled by science. I’m enthralled by the way that God put the world together and I’m really just so thankful for the opportunity to study it. I think that it is a real honour to be able to understand how the world is put together, but at the same time there’s this imperative to look after it. Understanding more about it means we can be better stewards, and for me that is so important – the environment and how we look after the world. But the thing that enthralled me as a child – just a simple candle flame – I still don’t understand it completely. I know an awful amount about a candle flame now, but we’re not quite at the level where we can make a difference, and can stop the amount of pollution that we are currently emitting. I think there’s a beauty in understanding the flickering flame, but at the same time using that knowledge to better the world.

Is there anything you can tell us about the beauty you see in your work that we might be able to grasp if we’re not chemists?

I’m always enthralled by a flickering flame – it’s such a beautiful creation, and I can zip you through what’s happening there. There are some things you might not know about a candle flame – just a common tea light. One of the first questions is what is actually burning within a flame? A lot of people will start off by saying that the wick is burning because we can see that it is going black and the tip of it is going red. And yes, the wick is burning very very slowly, but that’s not where the flame comes from. The flame actually comes from the wax which gets sucked up the wick and then it evaporates and is mixed with oxygen, and that is actually where it burns. Now if it were to burn completely it would actually be a blue colour, so that is complete combustion. But if there’s not quite enough oxygen then the molecules fragment and form carbon particles, and this is soot. But soot is black, right? We see a candle flame as yellow, so where does the yellow colour come from? Imagine you put a piece of metal in a fire, it starts to glow red and then yellow. It is the same thing with the soot particles of the flame. Those carbon particles are so hot – thousands of degrees – (about 1000 degrees Celsius) that they are emitting light. And so that carbon is actually glowing, and that’s the flame that we are looking at. But the thing that is quite remarkable is the process of the fuel molecules breaking down and then forming soot particles. It is a crucial step in how soot forms and that’s the step that we know very very little about. So my work is trying to work out how the fuel goes from fragmenting and then aggregating back together in these carbon particles. It is a mystery, and I think if early on my teacher had said to me, “Here’s what we know, but we don’t know a lot about it”, I think would have been a lot more excited about it. So I guess the beauty is in what we know, and also in the mystery that we don’t know about just a common tea light.

All the best for your work and your activities in New Zealand Jake – we look forward to hearing what comes out of the project you’ve got going there.