Earthworms and Orchids: Why the founders of modern science cultivated virtue 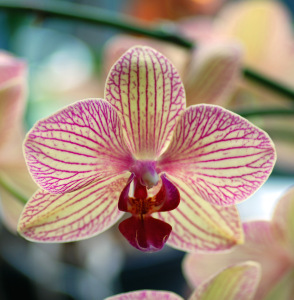 I met a man at a conference this year who said he has spent his whole life studying. I have no idea how he funds his insatiable appetite for new knowledge, but it seems he has spent his days going from one topic to the other, modelling himself as a renaissance man. He told me stories of people in 1970’s Germany who spent ten to fifteen years on a single undergraduate degree, often taking just one class at a time. For him, learning was of such value that it was worth approach it steadily and patiently, as a means in itself. I find this attitude a bit extreme, but it’s an interesting way of looking at life!

I recognised this perspective when I heard Richard Bellon, Assistant Professor with a joint appointment in the Department of History and the Lyman Briggs College at Michigan State University, speak recently on values in the scientific community. Bellon has been studying Victorian scientists, or – as he says on his website – ‘obsessing about men with muttonchops who obsessed over the sex lives of plants’. For these people, science – like religion – was a human activity and not just a body of knowledge. Their science and faith were tightly bound together.

Bellon chose to study several scientists who had different views on both the nature of God’s creative activity, and the way God works out his purposes in creation – his ‘providential design’. Many people at that time were Biblical literalists, so the new geology with its vast ages, fossils and forces of erosion and deposition, was a source of great fascination and controversy for them. This was all part of understanding God’s activity in the world. 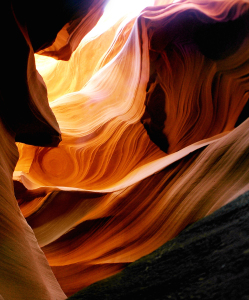 The virtues of self-discipline and self-sacrifice were of enormous value to the Victorians. Even if you were driven by self-interest, your goals had to be hard won and long-term. It was essential to have patience and humility. Patience did not mean waiting around passively, but persevering to the end. Patience was also a seen to be sign of great modesty.

For Victorian scientists, humility did not involve self-abasement but commitment to truth. This could lead to aggressive conflicts over new ideas. There was no smoothing things over in a gentlemanly manner, as if the discussion were about what cakes to have for tea.

William Whewell – an English polymath who coined the word ‘scientist’ – demonstrated his diligence and patience by publishing a vast array of books at the same time as serving diligently in a number of academic posts in Cambridge, culminating in the mastership of Trinity College. When geologists began to rule out Noah’s flood as the reason for geological strata, some were worried that this pushed God out of the story. Whewell defended this new work in a review for The British Critic – a conservative Anglican magazine – by giving a history of British geology, describing the strenuous exertions of men who were driven by their pure love of knowledge. He also emphasised their self-denial in abstaining from making theories until enough data was amassed. I doubt you would ever see a review like that in any sort of magazine today – scientific or religious!

Virtue was also important to another Victorian scientist, Charles Darwin. He spent more than twenty years writing On the Origin of Species, and he even quoted Whewell in an epigram opposite its title page. Despite all this careful preparation, Darwin’s work met with some hostile criticism, with certain people accusing him of impatience and rash theorizing. 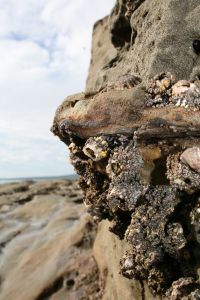 So Darwin’s next book was on the fertilisation of orchids. He published a highly technical and laborious book that proved he was as careful and patient a scientist as any cautious Victorian could wish him to be. He also did some painstaking work on barnacles and earthworms at other points during his career. By time of his death, Darwin had demonstrated his virtuous approach to science to the satisfaction of the establishment, and earned himself a reputation as a great man of science. At his funeral sermon, he was even said to be a stranger to intellectual pride.

Today, the relationship between science and religion may be questioned by some, but the values of people like Darwin and Whewell have informed the way we do science – whether we realise it or not. ‘Virtues’ may not be fashionable in science any more, but in recent years, said Bellon, there has been much talk of self-denial and delayed gratification. It will be interesting to see how this conversation plays out in the wider arena of science and religion.