Documentary Review: Why Are We Here? 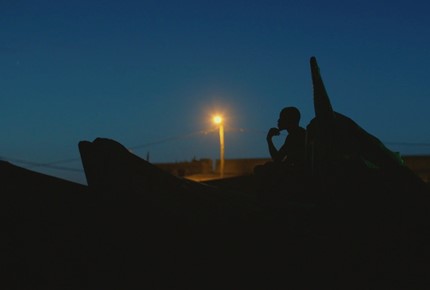 Still from Why are We Here © Tern TV

Why are We Here? is a thought-provoking and beautifully made documentary series (4 x 48 min), released in 2015, and available on Curiosity Stream.[1] Each episode explores the meaning and nature of the universe through dialogue between Ard Louis, who is a Christian and also Professor of Theoretical Physics at Oxford University, and the award-winning filmmaker and agnostic David Malone – and the people that they meet.

Throughout the series we get to see the friendly debates between Louis and Malone over questions of God and science, but also their shared passion for our need for meaning. The presenters meet eighteen different physicists, mathematicians, philosophers, neuroscientists and biologists, including Martin Nowak, Roger Penrose, Jane Goodall, Marcelo Gleiser, Ben Okri and Peter Atkins. Filming was in the UK, USA, Senegal and India, and this international flavour comes across very strongly in the imagery of the whole series. The films were made by made by Tern TV, with support from the Templeton World Charity Foundation.

There is no formal study material to accompany these films, but the website includes many clips, transcripts, bonus interview footage and links to extra resources. This series would be especially suitable for groups which include a variety of worldview perspectives.

If our universe is made up of nothing but atoms and particles, is any search for real meaning a delusion? In this first film of the series, Ard Louis, a Christian, and David Malone, an atheist, embark on a journey to see if they can reconcile meaning and purpose with the workings of a purely material universe.

Are the only truths those that can be proven by scientific experiment, or are there other truths, perhaps like those of mathematics, that are not part of the material universe?

How do we decide what’s good and bad? Can science help us decide? In this third film of the series, David and Ard try to reconcile claims that science makes about our moral choices with what we feel we know about ourselves.

Where do our moral values come from? In a world of atoms and molecules what authority can our moral ideas really have? Ard and David embark on the final stage of their journey which takes them from rural India to Vacaville Prison in California.

[1] Ad free, available for a small subscription – easy to sign up, $2.99 or local equivalent for one month’s access. Details on https://curiositystream.com/signup