The title says it all, and why not? As well as events in the life, death and resurrection of Jesus, churches celebrate harvest time, remember fallen soldiers, back to church Sunday, Mothering Sunday, and so on. Why not, once in a while, celebrate a particular aspect of the created order such as dinosaurs? This type of event would be more likely to appeal to those at the younger end of the age spectrum, but surely that would be a good thing? It would also give us a chance to think a bit about our place in the world, and everything that came before us.

The creator of the universe used – by the best of our scientific knowledge – processes that took billions of years to produce the world we know today. So are we the pinnacle of creation, or simply the next stage in the unfolding of God’s purposes? The Bible says that all creation praises God, so every living thing has an intrinsic value. All those single-celled organisms, trilobites, tree ferns and giant animals were fulfilling an important purpose before we came on the scene.

The various dinosaur movies (which shall remain nameless, and probably commit all sorts of scientific faux pas) might give some sense of curiosity and wonder at the complexity and variety of prehistoric life, but a little more science takes that to another level. Dinosaurs were the dominant land animals for 160 million years. At one end of the size scale is the Lesothosaurus, which is the size of a chicken. At the other end is the Giant Titanosaur, which could grow up to at least forty metres long and twenty metres tall, possibly weighing as much as seventy seven tonnes – which is the weight of fourteen African elephants. Palaeontologists can even study dinosaur embryology by looking at fossilised eggs. 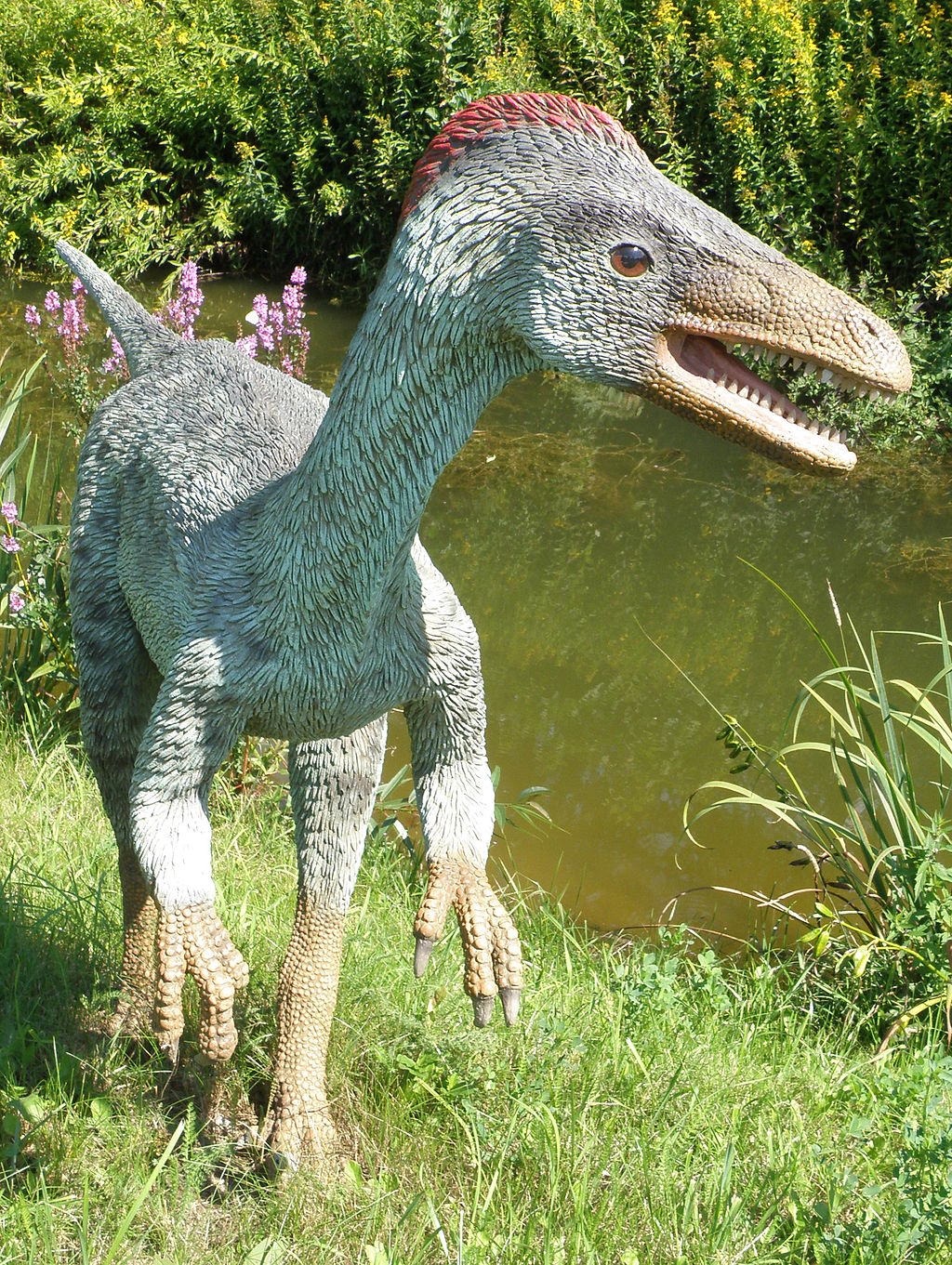 Troodon By Alina Zienowicz (Ala z) (Own work) [CC BY-SA 3.0], via Wikimedia Commons

The Troodon is a wonderful example of how complex life was thriving and praising God – simply by being itself – long before we came on the scene. This was a small (about two metres long) dinosaur that belongs to the same branch of the family tree as the birds. It had a relatively large brain for its size, more similar in proportion to its body to modern birds than many other dinosaurs, and it is thought to have been one of the cleverest of the dinosaurs. There is evidence that it nested in a similar way to crocodiles and birds (part way between the habits of the two), making a nest of earth and sometimes sitting on its eggs. It seems to have laid its eggs in pairs, laying multiple eggs in this way over a period of time before brooding them, with the result that they hatched at the same time. It also looked as if the males did the brooding. As the Psalmist said, “How many are your works, Lord! In wisdom you made them all” (Psalm 104).

Working with palaeontologists has made me very aware of the distinctions between different creatures. I now know that I cannot get away with simply calling any large extinct animal a dinosaur, especially if it swims or flies. I won’t go into the details of the other exceptions here, but suffice it to say that dinos are a specific branch of the tree of life, and many ‘dinosaur’ toys and books are mislabelled. Graduates of the Cambridge Earth Sciences or Zoology departments have a lovely time sighing and rolling their eyes at these well-meaning mistakes. 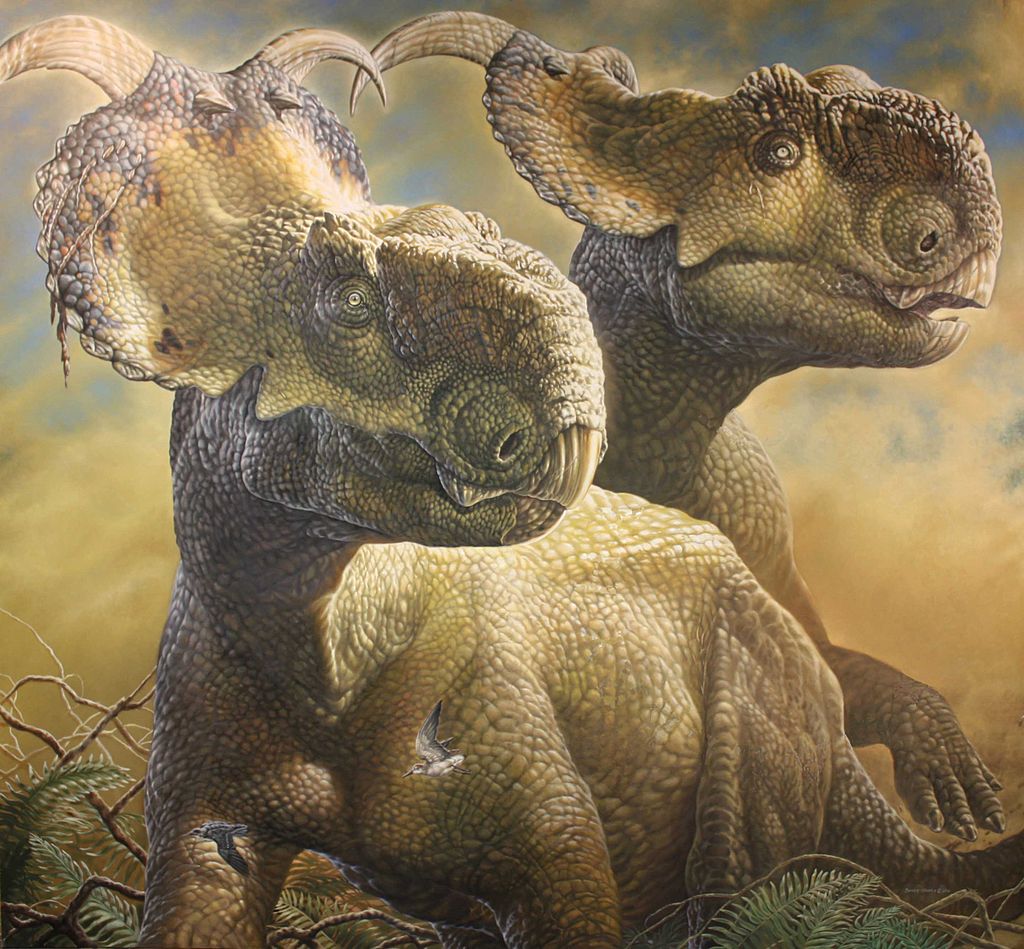 So what resources are available for the church leader who is inspired to make a stab at communicating the wonders of the pre-cenozoic[1] world? There aren’t many specifically Christian resources, but Michael and Caroline Carroll’s children’s book, Dinosaurs (David C. Cook, 2000), provides good, broad-ranging information about dinosaurs set in a context of God’s creation. Fossils and Faith (Faith Alive, 2005), written by Thea Nyhoff Leunk with help from Loren and Deborah Haarsma, doesn’t go into detail on dinosaurs but would be a good resource for groups of young people in churches where this topic might be rather sensitive. There are also a number of dinosaur-specific articles and resources on dinosaurs on the BioLogos website. For information about dinosaurs themselves, the Dinosaur Museum at the World Heritage Museum seems to have some good resources.

I hope that some readers are inspired to run a Dinosaur Sunday in their own church, perhaps even  inspired by Mary Higby Schweitzer’s work on molecular palaeobiology. If you have talented teachers and the occasional scientist to advise, I’m sure it is more than possible! I would love to hear if any of you have a go, or if you have some other good quality resources to recommend.

Dinosaur Sunday was the brainchild of a church in Greenock, and developed as part of the Scottish Scientists in Congregations (SIC) initiative. Some of the resources produced by the SIC churches are now featured on their website.

Many thanks to Lizzie Coyle, the Faraday Institute’s Youth and Schools Outreach Officer for helpful information and comments.

[1] The Cenozoic was the era after the demise of most of the dinosaurs. The dinosaurs were here during the Mesozoic era, which is subdivided into the Triassic, Jurassic and Cretaceous periods. See the geologic time scale.

Category: Church, Creation, Palaeontology, Science And The Church, Wonders Of The Living World