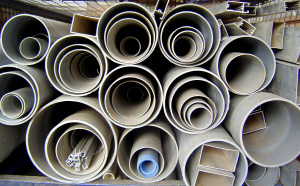 There are two kinds of wonder. You may well experience the first when you look at the night sky on a clear and moonless night. The universe is vast, beautiful, and at times incomprehensible. The other kind of wonder can be experienced when someone studies something scientifically: a complex and highly ordered process analysed and understood. I mentioned last week that Ernst Mach didn’t believe in wonder. It was the first kind of wonder that he didn’t believe in: the kind that comes from ignorance and is dispelled by knowledge – a process that can lead to disillusionment. But as Einstein pointed out, when one explores phenomena scientifically the wonder only deepens as the order and complexity in a system reveals itself.

Maggie Boden, Professor in Cognitive Science and Informatics, has described the journey from ignorant to informed wonder.

When wonder is based on pure ignorance or on error and illusion, it must fade in the light of understanding. Science is therefore opposed to superstition. But understanding may lead in turn to a new form of wonder, which cannot be so easily destroyed.

Boden tells the story of a colleague in cybernetics who was fascinated by circles as a child, and collected all sorts of circular objects. His parents’ gift of ‘an instrument which can draw any circle whatever’ – a compass – was shattering.

He was horribly disappointed, for there was nothing magical at all about the compass. It was boringly simple, and its ‘power’ was transparent even to an infant. He still remembers this day of disillusion as a traumatic event in his childhood.

He came to appreciate the simplicity of the compass, however.

he now has the maturity to see that the compass was indeed wonderful-and the mathematical principle it embodied is even more so. Its simplicity is ‘boring’ only to those who feel that baroque confusion is a necessary mark of the wonderful. Even theologians have never believed this.

Informed wonder is more lasting and significant than the wonder that comes from ignorance. Wonder that comes from knowledge is an amazement and fascination by the structure of the universe and our place in it. Our initial uninformed wonder is also important, especially in the life of a scientist. We need to cultivate the ability to stand in amazement otherwise we will be unable to identify interesting problems to work on, and be closed to surprising solutions.

To ask how something is possible, one must have been surprised by it in the first place.So it cannot be denied that science grows from wonder-or at least from curiosity, which is very closely related.

…there is also a positive sense in which childhood wonder is entirely appropriate. For a child is not encumbered to the same extent with presuppositions arising from habitual scepticism about the possibility of the new and different emerging.

In her paper on wonder Boden goes on to explain how at first cognitive science and artificial intelligence may seem to have reduced what were once thought to be the marvellous and mysterious processes of the human mind to mere mechanism. But the very reverse is true. Artificial intelligence has helped psychologists to appreciate how incredibly complex the human mind ‘enormously more complex and subtle than we had previously recognized.’

our wonder at consciousness in general may not be destroyed. Many would say that the greatest wonder is…that it exists at all. It is this wonder which underlies the religious response to the general phenomenon of consciousness…It cannot be diminished by any scientific psychology, whether computational or not, which leaves the basic philosophical conundrum of consciousness unsolved.

…suppose that some future philosophy of mind is developed, with or without the help of science, which makes intelligible the existence of consciousness in a material universe. Would consciousness therefore cease to be a proper cause for wonder? Surely not, for to say so would be to commit ‘the fallacy of the compass.’ The temporary disaffection of the infant cybernetician was irrational. Grown to maturity… appreciation of the underlying principle has made it possible for him to wonder at circles in a deeper sense than before.