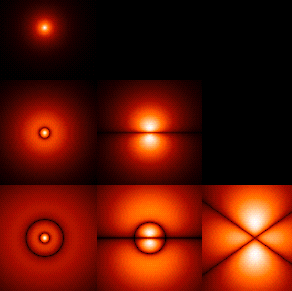 It’s easy to get a bit sluggish over the Christmas period. To wake you up and start the New properly, here is the story of a scientist who has really thought about how his science and faith interact. In this interview extract, Oxford theoretical physicist Ard Louis shares two instances where his physics helped his faith to mature. What fascinated me most was that in this highly specialised – almost abstract – field of science, Louis can find a metaphor that helps him to understand and explain his faith.

When I was in my last year of high school I began to teach myself quantum mechanics (a mathematical theory that describes the physics of very small things). Quantum mechanics is an incredibly accurate and powerful theory. One of the really interesting things about it is that the concepts you can describe mathematically don’t always have parallels in our day-to-day life. A famous example is the electron, the particle that flows in an electrical current.  An electron sometimes acts like a wave, and sometimes acts like a particle. So is it a wave, or is it a particle, or is it both? This sounds bizarre, but it isn’t at all once you understand quantum mechanics. I discovered that waves and particles are simply shorthand ways scientists have developed of thinking about electrons. We need the shorthand because we don’t have concepts in daily life that exactly match what is happening at the quantum level.  Once you understand the mathematics you can see that, at a deeper level, they are related in a very elegant and profound way.

My fledgling understanding of quantum mechanics helped me with some theological puzzles that I had found confusing. For example, how can we have free will if an all-powerful God has control of every detail of our lives? When I read the Bible sometimes it seemed that God was in control, and sometimes it seemed that people were in control.  It was helpful to discover that, in the physical world, things that appeared contradictory on the surface (say an electron behaving like a wave and a particle) could be understood by a deeper and much more elegant theory like quantum mechanics. This led me to suspect that when I encountered what seemed to be profound logical or theological mysteries, a radically different way of interpreting the problem could make the whole thing come together in a very powerful way. Just as C.S. Lewis wrote about a ‘deeper magic’ in his Narnia series, there could perhaps also be a ‘deeper logic.’

As a scientist and as a Christian, I find the world to be incredibly beautifully put together. I see that beauty when I go skiing in the Alps, and I also see that beauty in the mathematics behind the universe. In my fourth year at university I studied the work of Paul Dirac, a physicist who tried to combine quantum mechanics and Einstein’s ‘special relativity’ (the theory of things that move very fast). If you do this for an electron, as Dirac did, you find that no matter how you try, the mathematics forces you to include a new and very strange component in the equation. We now call this component ‘antimatter.’ When matter and antimatter come into contact, the matter gets annihilated into pure energy (think of Einstein’s famous E=mc2 equation). In 1932, a few years after Dirac made this mathematical prediction, the first antimatter was discovered in a lab.  I was completely amazed to learn that mathematics could require something so spectacular from the natural world. It sounded impossible. How could mathematics make such demands? I stayed up all night trying to find some alternative way of solving this problem, but was finally forced to give up. It’s hard to explain to somebody who isn’t trained in mathematical physics just how incredible this is!

The confirmation of Dirac’s theory through the discovery of antimatter is an example of what the Nobel Prize-winner Eugene Wigner called the ‘unreasonable effectiveness of mathematics.’ He said that it is  ‘a gift we neither understand nor deserve.’ This ‘gift’ is regularly reconfirmed to me through my work. In the mathematical structure of the universe I see something that looks beautifully crafted. To me, this seems to point towards a Creator or Sustainer behind the laws of the universe.