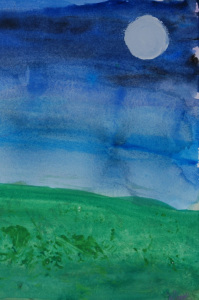 The day-to-day scientific process of asking questions and looking for answers is as directed as it can be, but always involves some element of searching in the dark. My post on ignorance used the metaphor of search for a black cat in a dark room. Francois Jacob, a Nobel prize winning biologist, described this as ‘night science’.

In his biography Jacob explained that

night science…hesitates, stumbles, recoils, sweats, wakes with a start. Doubting everything, it is forever trying to find itself, question itself, pull itself back together. Night science is a sort of workshop of the possible where what will become the building material of science is worked out…Where phenomena are still mere solitary events with no link between them…Where thought makes its way along meandering paths and twisting lanes, most often leading nowhere…What guides the mind, then, is not logic but instinct, intuition. The need to understand.[1]

Jacob’s description of night science is rather dramatic but it captures the continuous questioning, the educated guesses that sometimes work and sometimes don’t, and the ‘slow hunch’[2] that develops as evidence is gathered together. Neurobiologist Harvey McMahon explained in my recent interview with him how one develops a hypothesis based on what ones sees in the scientific literature, drawing different threads together to come up with a hypothesis. It’s good to test – if possible – whether the results reported in the papers you read are true. Do the same experiments produce the same outcome in your own lab? Then you might be able to believe in one hypothesis more than any others people have come up with, and so you start testing it. What follows is not a random process, but involves using a variety of different approaches to test the same hypothesis. Do I see this phenomena at a biochemical level? Using different biochemical techniques? In cells? In patients? There will be failures, but because you are working at a number of different levels, you should develop a fuller understanding of the phenomena you’re trying to study.

Peter Medawar, the former Director of the MRC National Institute for Medical Research agreed with Jacob. The process of discovery and the state of mind that accompanies it is different to the final acceptance of the new hypothesis. Science is all about having an idea and then testing it. At times, what ones does is a little like play: What does this do? What if I do that? What if I do it backwards? Imagination and creativity are to the fore at this stage.[3]

After going round and round questioning things, testing and trying, you finally have something to say: some new knowledge about the world. That’s when ‘day science’ starts. You gather all the data together and line it up in a sensible order so you can explain what it is that you found. Everything is clear, and details about the day the freezer broke or you couldn’t start an experiment because a chemical you needed was missing are irrelevant.

A scientist reading a paper knows that night science had to happen in order for this scientific advance to happen, but an observer might think from the formal academic prose that lab work is as clinical as it sounds. ‘Day science calls into play arguments that mesh like gears, results that have the force of certainty. Its formal arrangement is as admirable as that of a painting by da Vinci or a Bach fugue. You can walk about in it as in a French garden. Conscious of its progress, proud of its past, sure of its future, day science advances in light and glory.’ Of course adding in details about how long it took to get a piece of equipment working, or the wonderful cakes someone brought in on their birthday wouldn’t help the next person to repeat your experiments. Those details belong in biography, but perhaps students of science should read both the textbooks and a few good biographies in order to get more of an idea of how science works in practice.

[2] Quote from Steven Johnson, author of Where Good Ideas Come From: The natural history of innovation (London: Penguin, 2010)