Crystal Clear: The evolution of the eye, part 2

“I am inclined to believe that in nearly the same way as two men have sometimes independently hit on the very same invention, so natural selection, working for the good of each being and taking advantage of analogous variations, has sometimes modified in very nearly the same manner two parts in two organic beings, which owe but little of their structure in common to inheritance from the same ancestor.”

To put Darwin’s statement in other words, it looks very much as if the processes of evolution have hit upon the same solution multiple times.
We’ve had posts on ‘convergent evolution’ on Science and Belief in the past, so I will leave you to read A Dentist’s Guide to the Map of Life if you want a little more explanation of this phenomenon. In this article I want to concentrate on the makeup of eye. 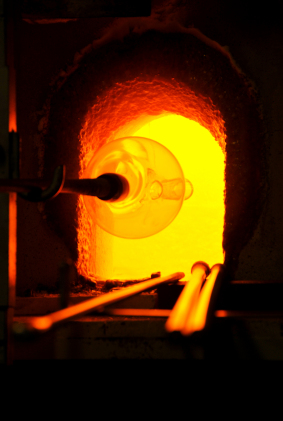 The furnaces for making glass are heated up to a roasting 1000oC or more. So how is it that the optical machinery of the eye can be made at 37oC? A living lens is made when cells fill up with a material that makes it transparent, squeezing out everything else – including the DNA. But what is it that makes the lens so clear, strong, and long lasting?

Crystallins are small proteins that come together to form not crystals (despite the name) but a smooth and tightly packed random arrangement that is both flexible and can transmit light. Several different types of crystallins are fitted closely together like a beautifully even dry stone wall – except this one is perfectly clear. In the same way that gems in a bowl of water can look more glassy, the crystallin proteins take on a transparent appearance in the liquid contents of the cell.

The name crystallin is ironic, because if the proteins in the lens clumped together to form crystals, it would lose its transparency. One of the types of crystallins even acts as a ‘chaperone’, holding on to proteins that have become damaged and are therefore more likely to bunch together. Later in life, the broken proteins can become numerous enough to overwhelm their chaperones and aggregate together, forming cataracts. 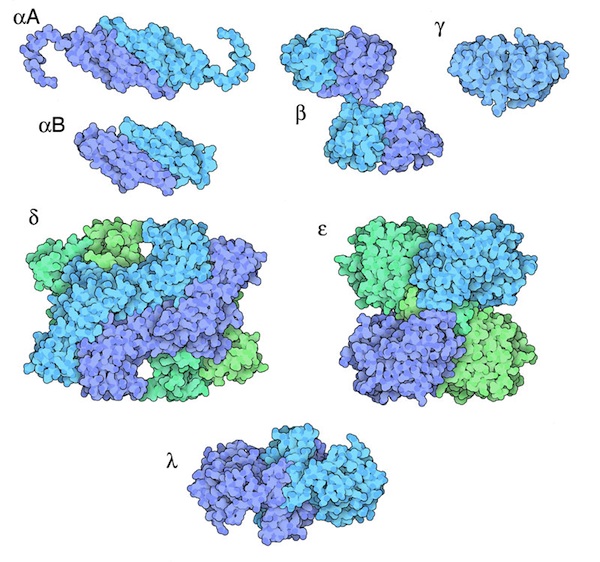 Although the different types of crystallin proteins bear the same name, they have very different structures. These structures look very similar to other proteins elsewhere in the body, suggesting that they have been ‘recruited’ from other roles to become part of the lens.  So while crystallins are grouped under the same title because of their function as tough transparent proteins, in fact they appear to have very different origins. This is a great example of convergent evolution: different proteins following a variety of evolutionary paths to end up with the same function.

Often the crystallins look like the enzymes that help organisms handle different stresses (such as overheating) inside their bodies. In the process of being recruited as crystallins, they have changed and lost their original function. These changes have to be subtle, so they don’t destroy the structural qualities that make them so useful for forming a stable arrangement – one that lasts even when environmental conditions (sunlight, for example), are harsh. 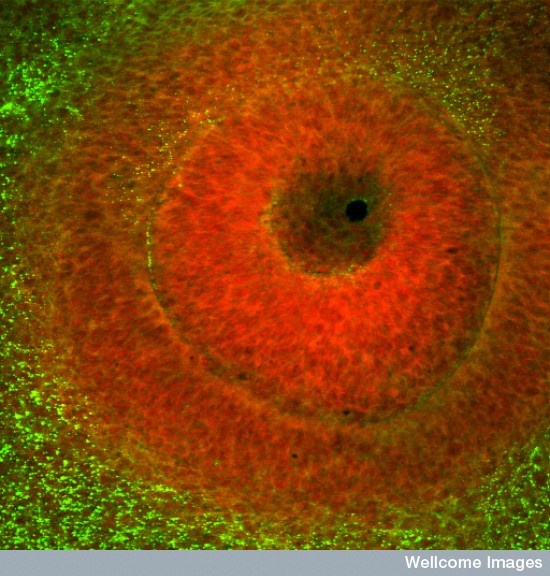 With their separate origins and same destination, the crystallins are a great example of the phenomenon that Charles Darwin spotted more than 150 years ago. The Cambridge palaeobiologist Simon Conway Morris has been collecting stories of convergence for a number of years now, and believes they are a sign that evolution is more predictable than some people think. He also thinks that convergence is compatible with the existence of a creator. In other words, if there is a God who wanted to create, surely that creation could have happened through a long slow process? And if that long slow process contained a little predictability, hitting the same solutions to biological problems again and again, perhaps that is compatible with there being some sort of plan for the whole show?

Part 1: Imagination and Incredulity: The evolution of the eye

Simon Conway Morris, The Runes of Evolution, and Life’s Solution