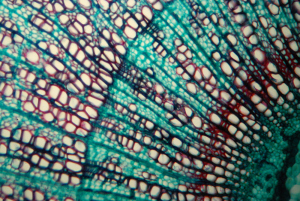 I have often written about beauty here, but without defining the word itself. William Edgar is a musician and theologian based at Westminster Theological Seminary, and in his lecture Beauty Reconsidered he gave a history of the concept of beauty and proposed a form of aesthetics that I think will resonate with the ideals of many Christians working in the sciences.

In the 1960s, it was said anyone who pronounced something ‘beautiful’ was trying to exert power over it. That power was rejected, and the concept of beauty went into hibernation – at least in academic circles in Europe and North America.

It’s impossible, however, to suppress our sense of beauty. In the 1990s, philosophers started looking at Kant and the idea of the sublime, which could be described as a quality of very great beauty. Elaine Scarry also defended the idea [1] that beauty itself is a force for justice, and that beautiful arguments can be humbling. Beauty was on the way back in.

Throughout this time, said Edgar, many Christians have tended to hold onto ways of thinking that were adopted from Plato. For example, there is the idea that beauty is unearthly; an imprint of heavenly forms on earth. The early theologian Augustine of Hippo was influenced by this way of thinking, and wrote that that everything is beautiful because it comes from God and reflects his beauty. [2]

As a result of this adoption of Platonic ideas, early religious art was very symbolic and ‘unnatural’. Contemporary Christian artists who might not want to sign up to a Platonic idea of beauty are left with very little to go on. Is beauty then simply subjective, or is there a more universal sense of what is beautiful?

Edgar then unpacked some of the Hebrew and Greek words that are translated ‘beauty’ in the Bible. Surprisingly, more of their meanings are to do with honour, glory, strength, splendour or moral loveliness, than what we would consider to be a simple sense of beauty.

So what is left for the Christian creative? Rather than abandoning the concept of beauty entirely, as some Christian scholars have done, Edgar prefers to broaden it out into a more general aesthetic sense. He has developed a system of aesthetics that he applies to art, but it could just as easily be applied to science or any other area of life.

First, something that is aesthetically satisfying reminds us of parts of the world that we don’t normally see. It is rooted in reality, either to enhance our lives or challenge us to think. This might turn our more usual categories of beauty upside down. So in Edgar’s eyes Rembrant’s Carcass of Beef – a very secular subject – celebrates the provision of food, but Dali’s Christ of St John of the Cross distances Jesus from anything to do with the reality of the crucifixion and the people he died for.

Secondly, there are things that are well crafted. The aesthetic dimension is not superficial charm, but what is truly praiseworthy. There is no room in aesthetics for things that are mediocre or lazily put-together. This is where I was reminded of the lab, where the most beautiful results usually come from experiments that are done patiently and skilfully.

Finally, a Christian aesthetic is true to the reality of God as the creator of everything, our own inability to live well, and Jesus’ sacrifice to rescue us from that. Now, the arts can speak of God’s goodness and generosity. There is also a balance to be found between not celebrating creation so much that we forget about the darker side of human evil and suffering, or vice-versa. A lifetime’s work can reflect all of these aspects. Just as Job and the Psalms are found next to each other in the Bible, so a coherent body of work can include both dark and light.

Edgar’s aesthetic is not comprehensive but I find it a helpful, practical, approach that stimulates me to think about how I can make my own work more beautiful than it often is.

[2] I think that some of these more Platonic ideas are useful, but not when they diminish physical reality or go against the idea that material things are good.