Charles Raven: Theologian, Naturalist, and a bit of a Rebel

Earlier this year I was introduced to a Cambridge professor who appreciated both the wonders of the living world and questions about its wider significance. Charles Raven, Professor of Divinity at Cambridge University from 1932-1950, was a keen naturalist and lover of science. In a recent seminar at the Faraday Institute, Ian Randall outlined this unique individual’s contribution to science and religion.

Charles Raven had a lifelong interest in birds, plants, moths and butterflies. He wrote three books on ornithology, and co-wrote and illustrated a book on wild flowers with his son, who was also a fellow at Cambridge. He was made President of the Botanical Society of the British Isles, and his most memorable conversations with the King during his time as royal chaplain were about bird watching. 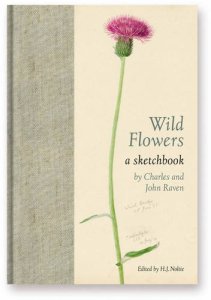 There is something attractive in the idea of a Cambridge don pottering around with binoculars on his days off, but Raven’s interest in science was intellectually very rigorous. He wrote a great deal about science and theology in his academic works, and also two highly acclaimed histories of science.

Raven was also not the stereotypical don. He came to Cambridge to study classics, and described himself during that time as ‘a pure pagan’, but after experience of ‘eternal reality’ in the natural beauty of the Lake District he switched his studies to Divinity. He was converted (he said ‘the old term is alone fit to describe what happened’) to Christianity during his time in Liverpool, and decided to become ordained and go into parish ministry.

Having been educated at public school and then Cambridge, Raven deliberately left the ivory tower to work as assistant secretary for higher education in Liverpool, where he developed an interest in Christian Socialism. He returned to Cambridge as Dean of Emmanuel College at the age of twenty-four, and later spent another eight years at Liverpool cathedral.

An initially nervous but very popular speaker, Raven was committed to engaging others outside of academia in theological discussion. According to Randall, he was also ‘at the forefront of a number of movements, including pacifism, international development, and the campaign for the ordination of women in the Church of England.’ Hearing the list of his activities during his lifetime makes one feel that Raven must have been a rather exhausting person to be around!

I will finish with some of Raven’s views on science and theology, which I find particularly inspiring – using some of Randall’s words from his lecture as well as Raven’s (which are given in quotation marks).

Jesus’ teaching placed a high value on nature, so that ‘If we are to learn the lessons that nature can teach, it must be by recovering the sense of its wholeness and its value, the humility and the wonder which science in its conflict with religion too largely lost.’ 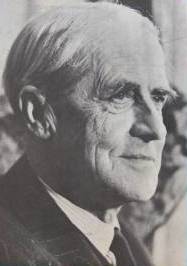 Raven argued that modern science had ‘destroyed the conception of a God who acts on the world only from the outside… Either God works in all, or he works in none’. He was the divine agent whose significance nature discloses, with Christ as the ultimate revelation of God in creation.

When anyone was looking closely at nature, Raven believed that person was observing God at work.  He saw the natural world as ‘a world alive, transparent, sacramental, the work of God, the object of His love.’

Raven had a particular interest in evolution. His theological treatment of this subject was optimistic, but not an easy synthesis because he was troubled by the presence of suffering. He saw the world as ‘in the making, incomplete, frustrate, becoming pregnant with creatures which can only be produced through the age-long agony of trial and error, defeat and endurance. These creatures’, he continued, ‘must be free in their choices – hence the fact of evil; they must be fully sensitive to joy and therefore to pain.’

Raven spoke of how Paul wrote (in Romans 8) of the ‘incompleteness and frustration of the creative process’ and saw this as ‘the prelude to the manifestation of the family of God’. For Raven, Paul was drawing a picture that was ‘congruous with modern evolutionary theories’. He said that ‘woven into the very woof and warp of the universe is the pattern of the Cross’

I am fascinated by a man who spent his life studying the natural world as well as theology – publishing in both fields – and had a view of the world that included those outside of the academic enclave. From his perspective as a historian of Raven’s life, Ian Randall is convinced that he would have ‘been an enthusiastic advocate of the Faraday Institute.’