Book Preview: Can Science Explain Everything?

A mathematician, a judge and an ambassador walked onto a train. It sounds like the beginning of a joke but the mathematician was John Lennox, who is well-known for his lectures about Christianity, and his new friends were completely serious about their investigation of his beliefs. We don’t know what happened in the end, but all three of them clearly recognised the significance of the conversation.

John told this story at the end of his recent book, Can Science Explain Everything?, for one reason – the way he ended up having that discussion in the first place. He was taking the train from Hungary to Vienna, and as he took his reserved seat in a second-class carriage he had a distinct sense that he should be somewhere else. The only alternative was first class, so he walked up the train towards the first class carriages. Picking the newest-looking carriage, he found that his legs just wouldn’t move in that direction and started panicking, thinking he was having some kind of seizure. Finding that his legs would move in the direction of the older-looking first class carriage, he dived inside and found himself sitting next to two very eminent people whose car had just broken down.

These circumstances are only surprising if you think God can’t act in the world. Science can explain how John’s physiology was working at the time: the process of walking, of taking decisions, and maybe even the reason why his legs failed him when he tried to get into the shiner of the two carriages. On the other hand, science cannot explain the ultimate reason why any of these events happened, or why John did what he did.

My explanation, on theological grounds, is that here was someone well-used used to the idea that God acts in the world. He believed, and had experienced, that God can guide us to act in certain ways – by undramatic as well as dramatic means – and had been choosing to seek and obey God’s will since he was a young man. This means that God has been able to use John in unique and remarkable ways, and he in turn has had the privilege of being part of God’s work on earth.

Interestingly, John didn’t say whether science came up in the conversation. It may not have, and it certainly wasn’t part of why I became a Christian, for example. These people may have already grasped the answer to the question ‘Can Science Explain Everything?’ that is explained so clearly in John’s book. They were ready to have what I think is the more interesting and important conversation about what God’s presence – especially in the person of Jesus – means for our lives, which is subject of the last two chapter of the book.

In an ideal world, the first eight chapters would be completely unnecessary because everyone would have studied the history of philosophy of science and the basics of Christian theology. That way, we could start the conversation with the more stimulating question of how being a scientist can enhance faith, and vice versa. But we have some work to do before we get to that place – as the book’s author knows only too well!

Of course the answer to the title of John’s book is “No”, and here are his main arguments why.

I’ve heard John speak a number of times and always find what he says challenging and helpful, and this book is no different We disagree a little on the biology – there are just a few pages in the book that I’d like to edit if I had the chance – but hey, if we all agreed on everything life would be boring! I’m always delighted to know that there are people out there who are dealing with the misunderstandings about God and science, and inviting people to have a more interesting conversation. 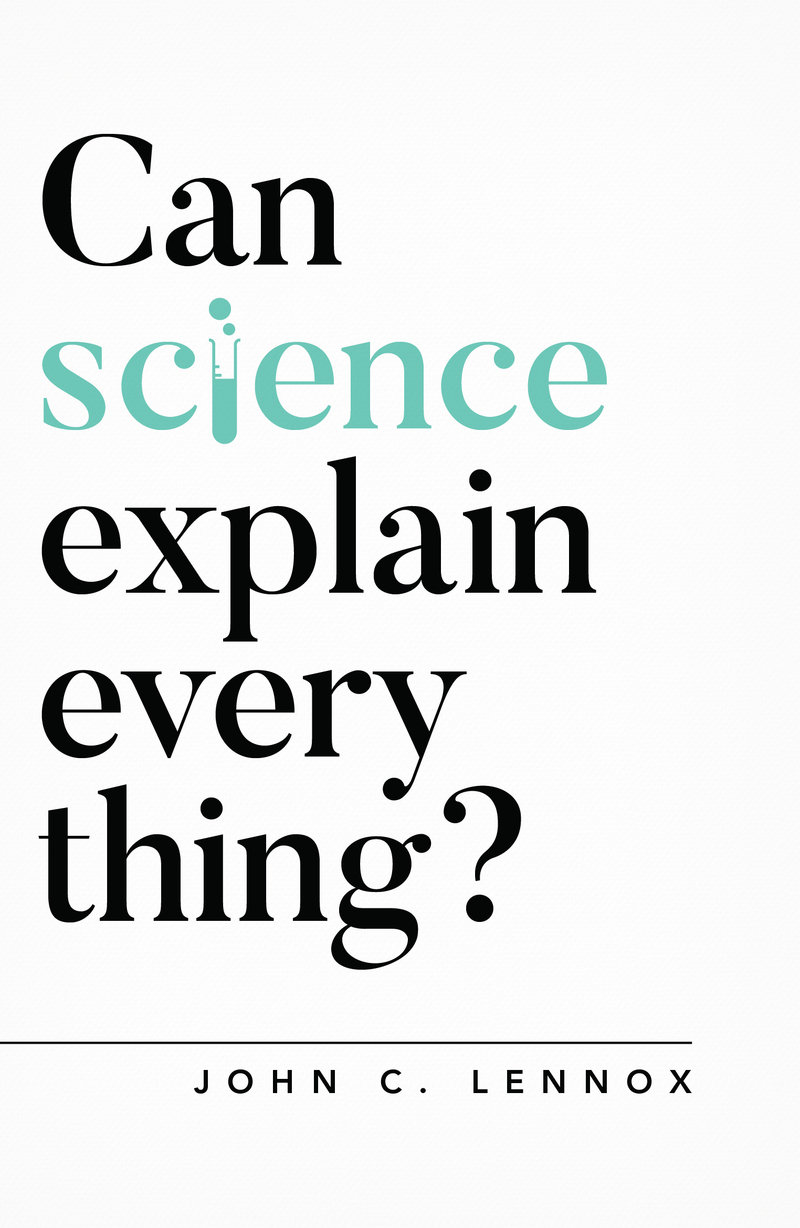 Can Science Explain Everything?By John Lennox, is available from The Good Book Company