Bringing a Christian Mind to Science 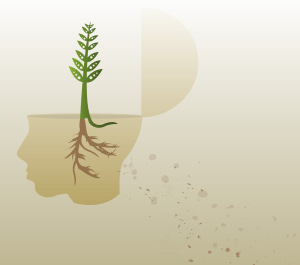 There’s a kind of statistics that has been developed specifically for cases when you can see the effects of something but you don’t understand the cause. You know enough to make some assumptions, and then design some experiments to test them. In the light of those results you do some better experiments, and so on. Gradually you learn how likely it is that your starting assumptions were true.

A number of people have applied this Bayesian reasoning to the existence of God. You can’t measure him, but you can test your starting hypothesis in different ways and refine your thinking each time you find some new evidence. For example if you take the cosmological argument, add consciousness, then morality, throw in miracles and top it off with religious experience, you can begin to develop an argument for the existence of a god.

Andrew Briggs is Professor of Nanomaterials at Oxford University, and was responsible for a Bible verse being put over the entrance to the new building of the Cambridge University Physics Department when he was student in the 1970’s. At the Christians in Science annual conference earlier this month he explained these concepts, and pointed out that statistical thinking will only get you so far. To explore any further you need some input from theology.

Briggs suggested that it might be useful to start from a different position, and ask if science can enrich faith. For example, neuroscience increases our understanding of what it means to be a person; game theory helps us to figure out the difference between cooperation and altruism; and information science and astronomy help us to approach the question of the origin of life.

In Briggs’ own field of nanotechnology, quantum theory is used to understand matter. There is an ongoing debate about whether electron wave function is a state or fact or a state of knowledge. In other words, does the concept of wave function have some reality? What does it mean to make a measurement?

Quantum theory is too important and too robust to wait for this dispute to be resolved, so Briggs’ lab (and many thousands of other physics and chemistry labs around the world) does work based on a theory whose foundations still aren’t fully understood. Work goes on, but new understandings of the basis for that work might come along at any time.

Faith can learn from the combination of conviction and uncertainty that is required to work in science. When people pray they have an idea of what is happening, but they don’t understand it fully. Rather than pretending to know the answer or giving up until one comes along, we pray because it works: in Briggs’ words, ‘prayer gives content to our relationship with God’.