Brain Activity and Awareness of God 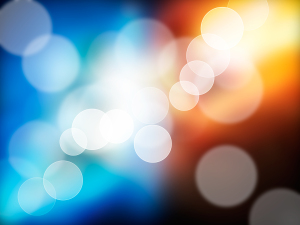 This month’s guest writer is Tim Middleton, a DPhil student in the Earth Sciences department at Oxford University. Here he writes about the interface between neuroscience, medicine and and spirituality.

“There was a moment or two almost before the fit itself… when suddenly amid the sadness, spiritual darkness, and depression, his brain seemed to catch fire at brief moments, all his doubts and worries seemed composed in a twinkling, culminating in a great calm, full of sense and harmonious joy and hope… a blinding inner light flooded his soul…”

This description of the experience of an epileptic fit is from Fyodor Dostoyevsky’s novel The Idiot. Dostoyevsky himself experienced such seizures and they clearly had a significant influence on his life. For him, it didn’t matter whether it was epilepsy or not, there was a moment of joy that he experienced before a seizure during which he was convinced that God was speaking to him—and he was adamant that he didn’t want this to be taken away.

Dostoyevsky is not alone. Many scientists have tried to diagnose various historical figures as having temporal lobe epilepsy. During his conversion on the road to Damascus, Saint Paul fell to the ground, heard voices, saw hallucinations and suffered temporary blindness. Could he have been having a seizure? Saint Teresa of Avila experienced visions, chronic headaches and loss of consciousness for up to four days. Could she too have been suffering from epilepsy?

In 1970, the psychiatrists Kenneth Dewhurst and A. W. Beard interviewed six patients who had all experienced religious conversion during an epileptic seizure. One patient describes what happened:

What are we to make of this? Are these the sad words of a suffering patient or revelation from a religious genius? Maybe they are somewhere between the two—but how would we ever know?

As early as the 1950s a neurosurgeon called Wilder Penfield had operated on conscious patients and used electrical currents to stimulate their temporal lobes. Some patients reported feeling calm, others say that they felt God, and one woman heard the sound of an entire orchestra.

We know that the temporal lobes are important. But just because we can explain how these experiences happen doesn’t necessarily make them any less legitimate. The psychologist William James wrote in his book The Varieties of Religious Experience that:

“To plead the organic causation of a religious state of mind, then, in refutation of its claim to possess superior spiritual value, is quite illogical and arbitrary… none of our thoughts and feelings, not even our scientific doctrines, not even our dis-beliefs, could retain any value as revelations of truth, for every one of them without exception flows from the state of their possessor’s body at the time.”

In other words, everything we think relies on our physical brain. So surely the things people think during epileptic seizures are no different? Why is it that we might be tempted to rank some brain states as more valid than others?

According to William James, and other psychologists since, we know that certain types of people are predisposed to religious experiences: they might be nervous, obsessive or liable to depression. Even more interestingly, five of the six patients described by Dewhurst and Beard were already familiar with religion, having been brought up in religious households as children. This doesn’t diminish the experiences they had, but might it affect how they have subsequently interpreted them?

Clearly, lots of difficult questions remain. Can theology cope with the possibility that God is granting special revelation to those who are suffering from what we call illness? Should we allow epileptics to refuse treatment for potentially life-threatening seizures on the basis that they value them as religious experiences? And how on earth are we to make any judgments whatsoever if we haven’t had these experiences ourselves? A challenging set of questions to be wrestling with.

God and the Brain: What neuroscience can teach us about people and God, by Revd. Dr Alastair Coles.