Tim holds degrees in science and theology, including a DPhil in Earth Sciences and an MPhil in Modern Theology, both from the University of Oxford. His scientific work examined earthquake hazard at the margins of the Ordos Plateau in northern China, and he was previously a stipendiary lecturer in Earth Sciences at St Anne’s College, Oxford. He has also sat on the national committee of the charity Geology for Global Development.

Currently, Tim is a doctoral student in the Faculty of Theology and Religion at Oxford, where his research focusses on intersections between ecotheology, trauma studies, and strands of contemporary philosophy. Within Oxford, he is part of the Laudato Si’ Research Institute and the Climate Crisis Thinking in the Humanities and Social Sciences network and sits on the editorial board of the Journal of the Oxford Graduate Theological Society. He is also a member of the European Forum for the Study of Religion and the Environment, the Society for the Study of Theology, and Modern Church.

Tim has previously worked in science journalism on a freelance basis and has written widely on religion and science. He regularly leads workshops in both primary and secondary schools as part of the national God and the Big Bang project. Since 2018, he has been the Communications Officer at the William Temple Foundation—a think tank working on the role of religion and belief in public life. You can follow him on Academia here and on Twitter @TimMiddleton1.

Middleton, T. A., Objecting to theodicy and the legitimacy of protesting against evil. Science and Christian Belief 29/1 (2017), 3-19. 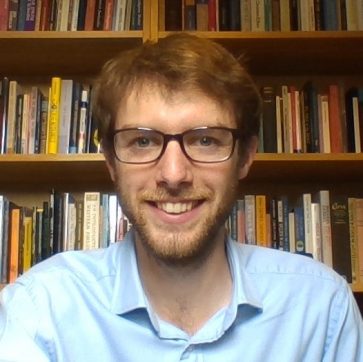