Bose and the Boson 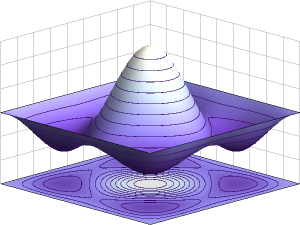 Science is like all creative endeavours, in that having different personalities in a research group increases your chances of doing something really productive – something that I mentioned in a recent post. I’d go as far as saying that to have a really successful lab you definitely need that diversity.

This week David Gosling spoke at The Faraday Institute on When Einstein met Tagore: Science and the Indian Tradition. The talk was fascinating, detailing some of the unique aspects of the science-religion dialogue in India. What struck me, though, was the way in which people’s beliefs often influence the direction they take in their research.

Satyendra Nath Bose (1894-1974) was a physicist who worked with Einstein on the unified field theory (aiming to unite the four fundamental forces of particle physics), and gave his name to the Boson. Gosling suggested that Hindu philosophy had a significant effect on the development of science in India during the nineteenth century. Vedantic thought – the dominant strand of Hindu philosophy back then – taught that there is a unity underlying all phenomena. This philosophical undercurrent may have led many Indian scientists to work at the boundaries between different branches of science, in the hope that science may reach some level of unification. This search for unity may have influenced Bose in his choice of research topic. A single unified field theory has not been recognised by the world of physics so far, but some of the fundamental forces have been linked in meaningful ways as a result of the work begun by Einstein and Bose.

We have a diversity of worldview or religion in the world, and it definitely has its benefits. For Bose, it may be that his beliefs prompted him to choose a field of research that he might not have considered otherwise. Of course I’d be delighted if others shared my faith, but even the Christian church is sufficiently global to provide enough diversity to keep life interesting.

There is a tendency to portray science as a monochromatic community. The very opposite is true. In a lab, it’s vital to have people with different personalities and worldviews as well as specialties and skills. Diversity of people means that you’re less likely to succumb to groupthink – or boring research.