Blood and Bones: Learning from the dinosaurs

Dinosaurs are often relegated to museums and kids’ t-shirts, but they are far more significant for us today than their comic-book versions might suggest. The next featured speaker in our series from the Faraday summer course is Mary Higby Schweitzer, a molecular palaeontologist from North Carolina State University. Schweitzer started out in education, studying speech therapy and qualifying as a high school science teacher, but began a second career when she went back to university as a PhD student in palaeontology. Since then, she has found herself asking questions that others have often ignored. What happens if you look for organic molecules inside dinosaur bones? What structures are preserved? What can we learn from them?

Many of us have been taught to think of the fossil record as being pretty limited, but the more palaeontologists explore, the more intriguing finds they make. Full skeletons, footprints, groups of animals, nests, skin, feathers… there is more here than a few disarticulated bones. Schweitzer’s greatest adventure started when scientists from her university’s museum were recovering the remains of a T. rex. 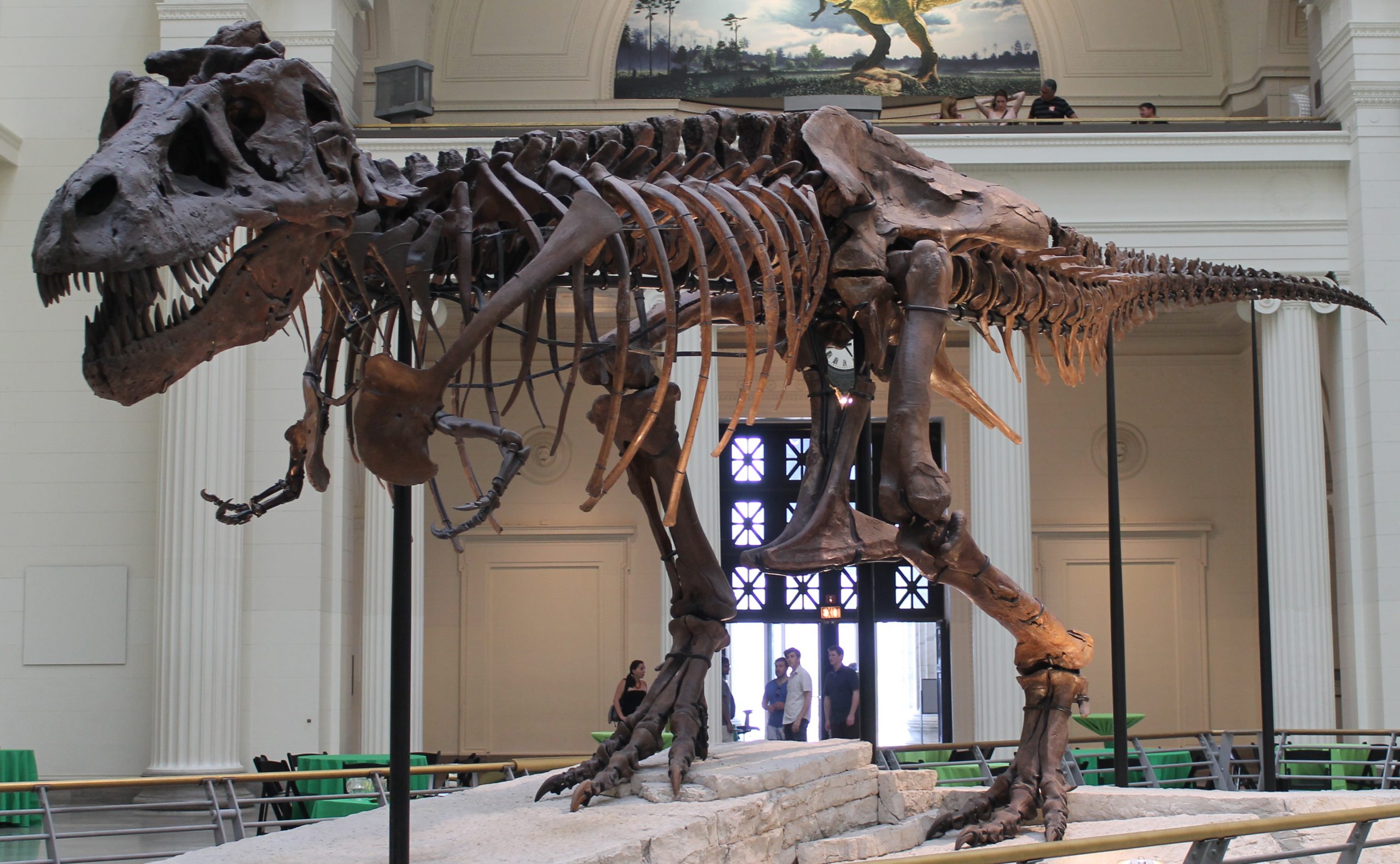 The excavation was one of the biggest they had ever undertaken, and the skeleton had to be broken so it could be airlifted away. Some of the fragments of broken bone were given to her to study, and the first thing she discovered was that the dinosaur had been “pregnant”. Inside the bone was a layer that looked very much like the tissue a chicken produces when it is laying eggs. Looking closer, she found that soft material seemed to have been preserved inside this part of the bone. 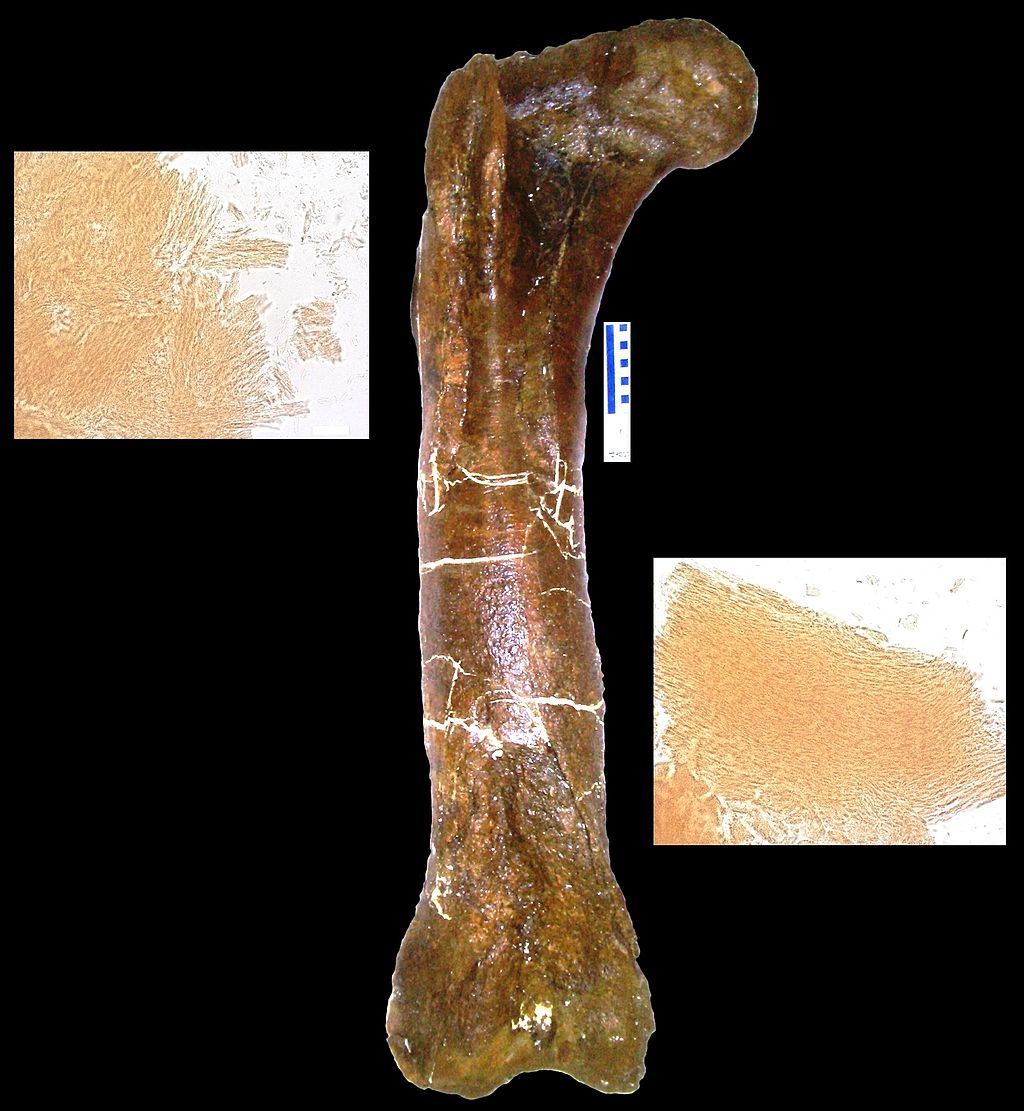 The discovery of organic matter in a 68 million year old dinosaur bone was extremely controversial, because until then it had only been found in much more recent fossils – up to about a million years old. Either this material was some form of contamination, or the bones had been preserved in a truly remarkable way, opening up a whole new field of biology. Since her initial discovery, Schweitzer has been responding to the sceptics, going through round after round of experiments to test whether the tissues in those T. rex bones and the bones of other dinosaurs are what they appear to be. It seems that that battle has nearly been won, and more and more evidence is emerging that there are indeed ways in which organic molecules could have been preserved in some very old bones is certain areas.  Others are beginning to study dinosaur remains to see what soft tissues might be left inside them, and what they we can learn from them.

Of course there is value in learning more about the world, simply for its own sake. This discovery opens the way to understand more about evolutionary process, and the relatedness of fossil organisms through analyses of sequence data, whether DNA or protein, or other tests. Already Schweitzer’s work is used to support the relatedness of birds and dinosaurs. This knowledge might also benefit humankind in practical ways. Dinosaurs emerged onto the biological scene more than 200 million years ago. They are still with us today in the form of their descendants, the birds, so it’s worth studying them to understand the secrets of their success. What is it that has helped them to survive the great changes that have happened on earth over that period of time? Will this work have implications for understanding and treating human diseases? Will it help us understand climate change more fully? Can the dinosaurs’ biological makeup inspire new biomaterials or organo-electronics? Will these techniques help us study emerging life on other planets? Besides these potential impacts – which Schweitzer called ‘hand-waving’ at this stage – her discoveries also raise some broader questions.

It seems to me that Schweitzer’s work is a great example of someone who didn’t stop asking “What’s that?” and “Why not?”, and discovered something important as a result. It also shows how scientists as a group can be conservative in their views – and justifiably. A potential new field needs to be based on the best possible evidence. Schweitzer is very cautious about how she describes her findings, and she does her work slowly and carefully. As a Christian, she wants to serve God by doing her best work. She has been upset by others who use her work to claim the earth is younger than we thought. For her, the evidence for biological evolution and the great age of the earth is much too strong to ignore. She would rather study what happened aeons before we came on the scene, and try to think of new and imaginative ways in which we can benefit from that knowledge in the future. We are not the centre of the universe, or the most successful species in every way. This research provides an opportunity to explore what life was like before humankind emerged, and learn how much we owe to that important part of God’s creation – the dinosaurs.