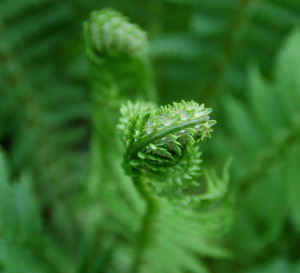 What do people in the UK think about biology in the light of faith? I have already mentioned a survey of UK biologist’s beliefs, but last month the results of another survey were released. Dr Amy Unsworth of the Faraday Institute has been studying the general population, and the results are even more surprising.1

A nationally-representative YouGov survey of 2116 people in Britain reveals that the vast majority of people either accept or don’t feel strongly either way about a number of key findings of modern science: that plants and animals have evolved from earlier life forms (97%), that humans have evolved from non-human life forms (93.2%), or that the earth is billions of years old (96%). 24.5% of people said that they had become more accepting of evolution over the years.

Amongst regular worshippers (those who attend religious services once a month or more: 215 people), 85.7% accept or aren’t bothered by the idea of plant and animal evolution, 71.4% feel the same way about human evolution and 89.8% think the earth is or might be old.

These figures reveal that the number of people who enjoy and accept evolutionary theory may be much higher than previously thought. A previous poll commissioned by the BBC’s Horizon programme in 2006 found that 22% of British people selected the ‘creationism’ option.2

Unsworth said, “Survey questions may force [people] into ticking either a ‘creationist’ or ‘evolutionist’ box, but whether these labels have much real-life significance is pretty questionable”. She designed the new survey after carrying out detailed face-to-face interviews with over 100 Christians and Muslims.

Amy’s reaction was that “The usual perception is that religious believers reject evolution because it’s incompatible with their belief in God. However, this survey shows that it’s actually people who don’t believe in God who are much more likely to think there’s a conflict.”

“There have been some fears about a rise in creationism here in Britain,” said Dr Unsworth. “But we haven’t yet found any evidence to support that claim – although we still need to analyse the results more fully.

I find these results fascinating because they show such a strong support of science in churches. They also highlight a problem. If these results are really representative of regular worshippers,3 then there may well be a disconnect between what adults think and what they are communicating to young people. Are fewer biologists people of faith compared to the general population (see previous post) because young Christians are struggling to reconcile faith and science, or to see biology as a viable career? It’s time to do some serious thinking!

1 This post was adapted from a press release by Dr Unsworth on 20th September.

2 The ‘creationism theory’ says that God created human kind pretty much in his/her present form at one time within the last 10,000 years.