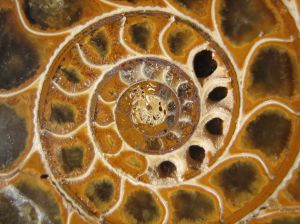 It’s reasonably common to hear physicists and astronomers talk about ‘fine-tuning’, or the ‘anthropic principle’. The idea is that a large number of physical properties (such as the strength of gravity, or the forces within the atom) need to be at very, very precise values or life as we know it would not exist. The numbers are incredible – probabilities with more decimal places than there are atoms in the universe!

Is there any evidence of fine-tuning in biology? Biology is a much newer science than astronomy and the systems involved are far more complex, but even so, there are a few glimmerings of fine-tuning on the biological horizon. There has been a good deal of interest in Cambridge Palaeobiology Professor Simon Conway Morris’s research on convergent evolution. In his popular level book, ‘Life’s Solution: Inevitable Humans in a Lonely Universe’ (CUP, 2003), he describes how the course of evolution navigates towards fixed points in the total space of biological possibilities. This winding path towards higher levels of complexity, and ultimately intelligent life, is entirely consistent with the Christian belief in the purposeful sustaining of the universe by its Creator.

So has anyone else approached the subject of fine-tuning in biology, or is Conway Morris a lone voice? Theologian and biochemist Alister McGrath has spent time on this subject (see A Fine-Tuned Universe and a less technical reworking of similar material in Surprised by Meaning). The main point McGrath makes is that the biological world relies on the same fine-tuned physical and chemical properties that astronomers spend so much time discussing.  Without compounds such as carbon, oxygen, hydrogen and phosphorus, life simply wouldn’t exist.

McGrath also points to an interesting paper in the April 2003 issue of the International Journal of Astrobiology. In it, astronomers Bernard Carr (St Mary’s, London) and Martin Rees (Cambridge) give an account of a 2002 conference on biological aspects of the anthropic principle. Even in a conference with this title, issues of chemical evolution took up part of the proceedings, but what was most interesting was the section on ‘evolution of biological fine-tuning’. The research in this area was all too tentative to be published more fully, but covered areas such as robustness in biological networks, and the ‘choice’ of DNA and proteins as information-carrying molecules in biological systems.

Biological systems are enormously complex, which is why it’s taken us so long to get around to even beginning to understand things at the level of whole organisms. But there is a trend, in that although the total ‘space’ of possibilities (for example, for the sequence of a protein of a particular length) is usually enormous, in reality the number of variants present in nature is relatively small. At times it is possible to pinpoint why certain solutions have been arrived at – for example, the camera eye is quite simply the best way to see light. At other times the reason why a particular solution has been arrived at is less clear, as in the origin of biochemical systems and cellular life.

Whether the existing systems we see are an accident of history (i.e. where a number of potential solutions could work) or are another example of fine-tuning, is yet to be determined. What is clear to me, however, is that the astonishingly fertile chemistry of life and evolvability that we see is entirely consistent with the existence of the God revealed in the Bible who provides us with a rich source of teaching and guides us though the process of learning by our mistakes.