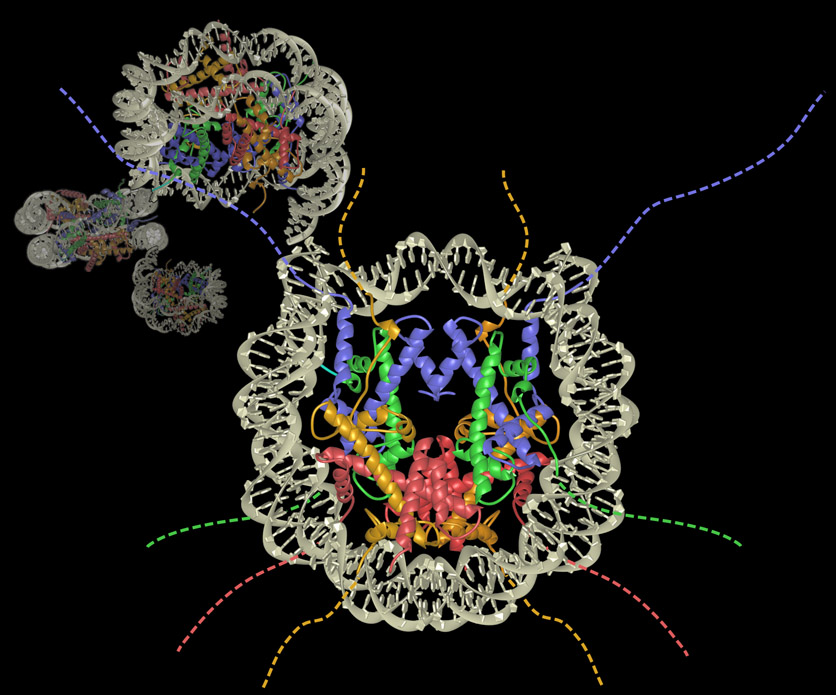 How can a random process generate meaningful mechanisms? This is the question that Keith Fox, Professor of Biochemistry at the University of Southampton and Associate Director of the Faraday Institute, asked in his seminar at the Faraday Institute last week. Biochemical reactions are chaotic at a molecular level, because it is impossible to predict where any one molecule will be at any particular time. When billions of the same molecule are together, however, it’s easier to predict what will happen.

Air contains about ten billion trillion (1022) molecules in every litre. The contents of a cell are even more densely packed, with about one third water and two thirds other molecules, and as thick as treacle. The average human cell contains about 10 million molecules of protein alone in a volume of about a billionth of a litre. Many molecules can take on more than one shape, but a collection of them will have an average property that can be measured – in the same way that snowflakes can be different shapes, but the overall properties of snow (and the water molecules that make the snowflakes) are the same.

Keith’s own work is on DNA, which usually takes on a double helix structure. DNA can take on other forms, and Keith studies the triple and quadruple helices that some stretches of DNA can make under certain conditions. Another property of DNA is that it is damaged all the time by factors as common as water, oxygen, and ultraviolet light. There are 168 genes involved in repairing damaged DNA, and this year’s Nobel Prize in Chemistry was for work on this process.

The biblical view of random processes is that they are all under God’s control. For example, “Are not two sparrows sold for a penny? Yet not one of them will fall to the ground outside your Father’s care” (Matt 10:29), and “The lot is cast into the lap, but its every decision is from the Lord” (Proverbs 16:33).

The randomness of biochemical processes can actually be very useful. DNA damage results in mutations, which provide opportunities for new properties to emerge as well as causing disease. DNA has a relatively stable structure, but with enough instability to allow the two strands to be separated by the cell’s molecular machinery for various purposes. Randomness can also be a way of achieving new things. One technique that biochemists sometimes use is to generate a whole series of DNA sequences and see which one does the job they’re looking for. 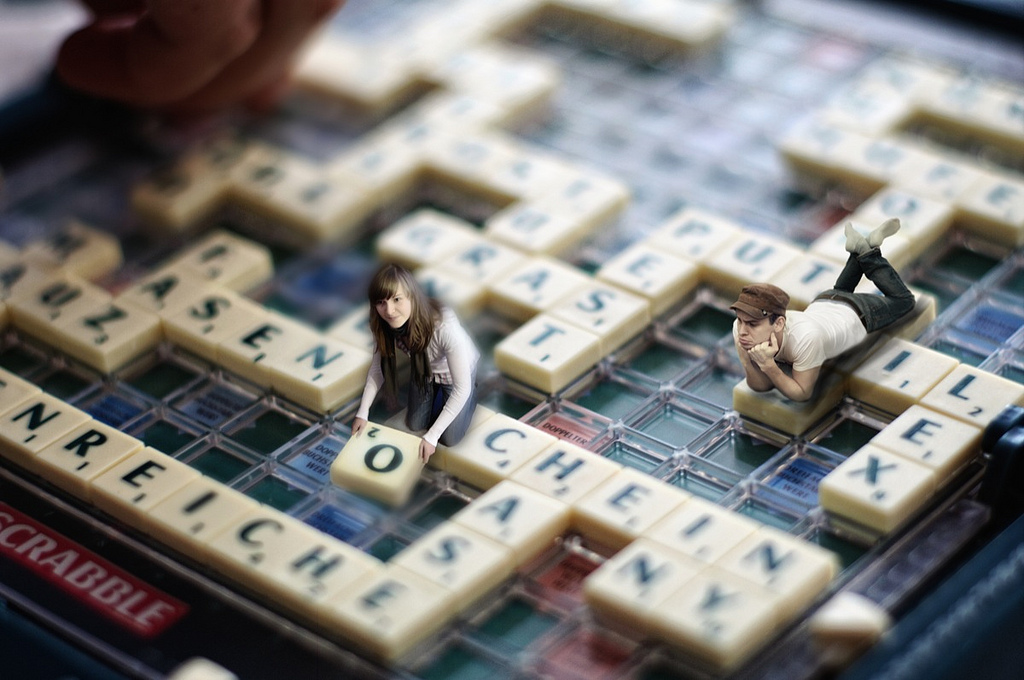 The fact that randomness can be used in a creative way shows that it is compatible with the concept of a purposeful God. In other words, the presence of an element of chance in a process does not mean that any outcome is equally probable. For example, Scrabble involves a element of chance (when you pick letters from the bag) but an excellent player will not let that get in the way of them winning. So from a statistical point of view Keith is unlikely to ever win a game of scrabble against his wife, no matter how many times they play!

The biochemist and theologian Arthur Peacocke thought that chance processes might be God’s way of giving his creatures the free will to explore their full potential. For Keith, random processes may indeed be God’s way of allowing us to choose, while achieving his aims overall.

This post is a summary of the seminar “Randomness & God in the Biochemical Context” by Prof Keith Fox, given on 17th November 2015. A recording (video or audio) is available to download from the Faraday Institute website.