Beyond Miniature: Coral Reefs in the Microbial Seas 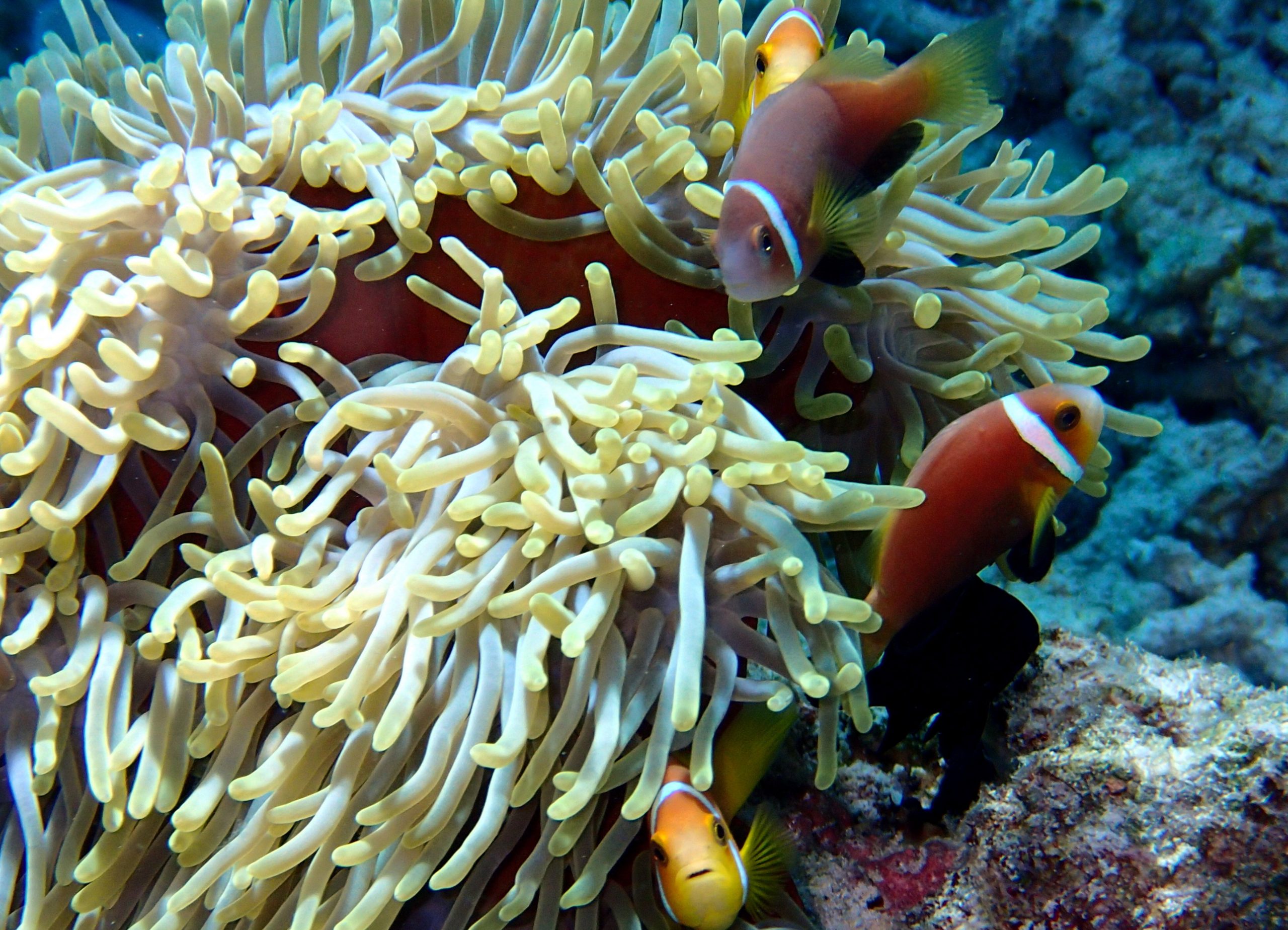 With the advent of SCUBA diving, the oceans became accessible to the public imagination at a whole new level. Seeing the beauty of coral reefs or kelp forests has helped us realise why the oceans are worth conserving. Now we know why we need to be more responsible about where we source our fish and seafood, and protect the sea bed from damaging practices like dredging or trawling.

But that’s all extremely old news for marine biologists. The next level of exploration in the sea is the microbial world, and this has only really happened since the 1980’s. Like so many habitats on earth, the diversity that is visible to the naked eye is just the beginning. The greatest proportion of diversity is at the microscopic level. My eyes were opened to the wonders of marine microbiology by a book recommended by Margaret Miller, who has featured on this site. Coral reefs in the Microbial Seas describes the vital role that bacteria and viruses play in marine ecosystems. For Christians, who are called to value creation in and of itself, and to serve and preserve it, the challenge is to understand these systems so they can be properly looked after.

The single-celled algae that live inside coral polyps are already fairly well-known. These ‘zooxanthellae’ give the coral nutrients, which they make from sun and seawater, in exchange for a safe home inside the coral. When the seawater temperature rises above normal the algae leave, or are evicted. The algae are what give coral its colour, so this event is called bleaching. If the temperature doesn’t fall again soon, the algae will not return and the coral will die – leaving white skeletons all over the sea floor.

Less well known are the even smaller organisms that live on a reef. A healthy coral contains a hundred million other microbes per square inch, which is ten times as many as live on the same area of human skin or forest soil, and the same number as are contained in the column of water above it. It would be extremely difficult to grow all those bacteria in a lab. To get even close to the full picture of what’s going on, scientists just have to scrape some mucus off the outside of a coal colony, and work with all the microbes as they come – all mushed together. By analysing specific DNA sequences from that mush (16S rDNA to the initiated), they can find out what’s going on in there. 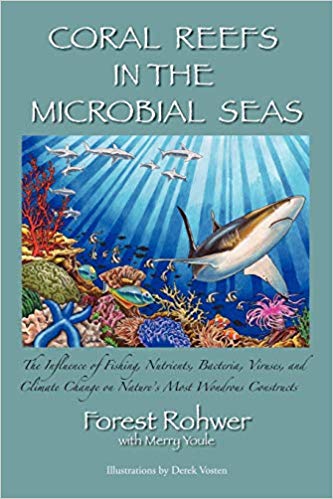 The estimate given in the book is that there are more than a hundred species of bacteria associated with every coral species. Half of those may be new species, and a quarter are so unique that they may represent whole new families of bacteria previously unknown to science. To continue with the large numbers, the roughly one thousand coral species on the planet could provide a home to a hundred thousand bacteria species.

So what has this method told us about marine microbes so far, and their effect on life in a coral reef? First of all, these are very special communities. For example, the mixture of bacteria in the water around a reef is very different to the population actually living on the coral. Corals of the same species growing in completely different locations – even a thousand kilometres apart – will be associated with the same species of bacteria. It seems that these organisms actually need each other in some way, and that connection is not simple. Even within the same coral colony, different locations can provide a home for different species of bacteria.

Another technique scientists have used is to decode as much of the DNA in a sample of coral microbes as possible. They don’t get to know which organisms the genes (a section of DNA that does something) belong to, but by simply finding out which genes are present, they can find out which functions are being carried out. So for example we know there are microbes on coral that can turn sunlight into energy (through photosynthesis), and also some that attack other organisms. When a certain gene – say for breaking down organic waste products – is present in higher numbers, we can assume there was a lot of that activity going on in the coral. One of the most exciting discoveries has been that five partners – coral polyps, bacteria, algae, fungi and Archaea[1]– work together to regulate nitrogen levels in coral habitats.

The seriousness of the science in this book was offset by the antics of the scientists doing the work. Each chapter starts with a story from an expedition to the Line Islands in the Pacific ocean, which included marine ecologists specialising in studying fish, sea-floor creatures and microbes. The authors’ descriptions of the interactions between these groups of scientists, their enthusiasm for their work, their mistakes, and their ways of unwinding are hilarious – and very revealing. Science is done by humans, which stops it from being the boring cut-and-dried activity many people think it is.

With so many species involved in coral communities, it will be a monumental task to understand what’s going on in a detailed way, and there are so many questions to answer. Why does a bacteria that used to be friendly start causing a disease in the coral? What happens when local conditions change? By experience, ecologists know that tiny organisms have a massive effect on what’s happening further along the food chain, so it is worth every effort we can make to understand more about the microbial seas.

[1]Like bacteria but possessing some characteristics similar to more complex cells.

Ruth is Church Engagement Director at The Faraday Institute for Science and Religion. She studied Genetics at Aberdeen and Edinburgh Universities, and spent two years as a part-time postdoctoral researcher at the Wellcome Trust Centre for Cell Biology in Edinburgh, while also working as the Development Officer for Christians in Science. Ruth is a trustee of Christians in Science, and a Fellow of their US counterpart – the American Scientific Affiliation.