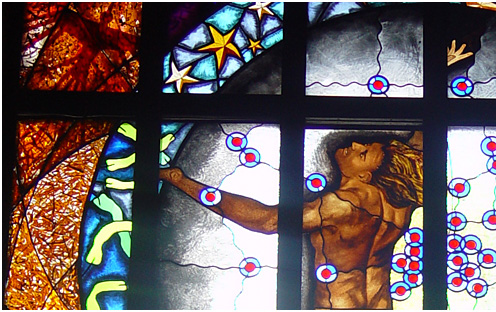 At the beginning of this piece I mentioned my growing realisation of the size of the scientist’s task. The seeming inexhaustibility of the created order can be overwhelming, but many see this as something positive. There is so much more to explore. As the Jesuit philosopher Enrico Cantore has said, the mystery of the universe lies not in ignorance, but in dazzling intelligibility. Where do these thoughts of transcendence, reality and mystery lead? For Einstein, they were a religion. A Mind other than our own was somehow responsible for this world that we can make sense of using the language of mathematics. For others, the reality we see in the world leads to ideals that transcend differences of language, culture and religion.

We search for meaning, and we long for more. CS Lewis famously describes the world we live in as a pale reflection of the one to come[1]. For those who already believe in God, what we see in science makes perfect sense. We live in a world that operates according to principles that we can understand and describe mathematically. We can exploit what we find for good or evil (and everything in between), and what we discover is both beautiful and awe-inspiring. Alister McGrath, drawing on ideas from William Whewell, the nineteenth-century polymath and Master of Trinity College, Cambridge, said that ‘We must find the right thread on which to string the pearls of our observations, so that they disclose their true pattern.’

For me, what we see in science is not evidence for God, but works well as a thought experiment. What would you expect if God existed? In the context of faith, science increases my sense of awe and wonder and helps me to worship God in a more genuine way. The Christian songwriter Matt Redman said that we sometimes ‘take the extraordinary revelation of God and somehow manage to make Him sound completely ordinary’. Science has the power to expand our horizons and helps us to see how great God is. The dazzling intelligibility of the world increases our humility, as we realise that because we ourselves are a fragile and finite part of the universe, we will never be able to fully grasp what we see in an objective intellectual way.[2] Our response to what we see in the world is rational, emotional and active: worship as well as systematic theology. ‘The highest mountain peaks and the deepest canyon depths are just tiny echoes of His proclaimed greatness. And the brightest stars above, only the faintest emblems of the full measure of His glory.’[3]

This post was previously published on the BioLogos blog, Science and the Sacred, and is reproduced here with permission. Part 1 here, part 2 here. See also Awe and responses to it, which provided some of the stimulus for this piece.