Awe in Science, Part 1: Life in the Laboratory

You must have experienced it, too – one is almost frightened in front of the simplicity and compactness of the interconnections that nature all of a sudden spreads before him and for which he was not in the least prepared.

Werner Heisenberg, in a letter to Albert Einstein[1] 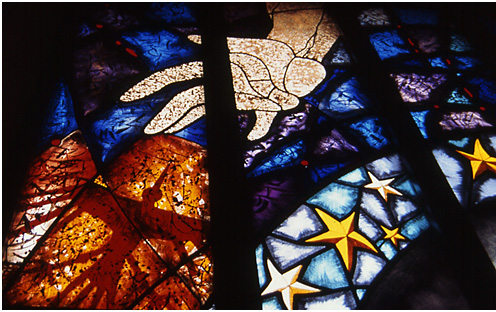 If we can understand the experiences of the people who work every day in the lab, our dialogues concerning science and religion will be far more fruitful than they would be otherwise. I realised this when someone recently asked me what the highlights had been during my own time as a biologist. I explained that what I appreciated most was the privilege of experiencing science first-hand. My horizons have been expanded, and I now have a better understanding of how vast and complex the natural world is. Appreciating the grandeur of the universe seems to be a universal for humankind, including research scientists in their own peculiar way. Everyone has something to add to a conversation about experiences of awe, as I discovered when I blogged on it recently and invited a number of friends and former colleagues to comment. This sense of awe is a perfect starting point for discussions of science and theology.

I had always loved finding out how things work, and that was one of the reasons why I chose biology, but actually working ‘at the coal face’ was an eye opener. Living organisms are extremely complicated, so one has to choose only a tiny part of an organism to study: maybe a single gene or a feature of its behaviour. It can take years to understand just one aspect of that tiny part in enough depth to be able to publish an academic paper about it. Experienced scientists describe how the sum of human knowledge is so small as to be insignificant in comparison to what is out there, and I can now appreciate that a little bit. I can also appreciate what fun it is to survey all that un-knowledge, grab a bit of it and try to figure it out.

In the world outside of the lab we hear the headlines about new discoveries, but we have no idea what is behind that one-liner. In reality the story of a discovery in biology may well have started with a graduate student who nervously began their new project, a more experienced scientist who sacrificed precious time to train and supervise them, and the lab head who looked over the data every now and then. There would have been long days and nights in the lab and many false turns before the first piece of promising data emerged. No doubt there were anxious re-runs of experiments to confirm the results, and moments of elation as things started to make sense. The work would have been presented to critical colleagues who suggested further experiments. Frustrating months would have been spent generating the final pieces of data, weeks bent over a computer writing a dense and meticulously referenced paper, submission to a journal, the referees’ criticisms, a few more experiments, resubmission, and a long wait. Finally the paper was accepted and the whole research group joined in the celebration. And this is only the simplest possible version of events – the process of producing successful research can involve large numbers of people over several years, international collaborations, promising leads that go stale, and surprising results from unexpected places.

The ‘real world’ of science is a million miles away from the debates on science and religion that happen in churches, universities and schools throughout the world. Behind every piece of research is a team of people representing different faiths and belief systems, a variety of cultures, social backgrounds and personality types. Perhaps scientists are all a little crazy (who would put in the hours otherwise?), but they’re definitely all motivated in different ways.

The factors that attract people to science are many, though inspiring and supportive parents or teachers can play a large part. The reasons why individuals decide to stick with research, despite all the demands and uncertainties that a life in science brings, are interesting and at times surprising. There is the fascination of understanding the natural world, the value of original research, the prospect of new technologies further down the line, and the privilege of making new discoveries. There is also the opportunity to ask new questions, and the immense satisfaction when things come together and begin to make sense. So far, so predictable. More unexpected drivers are the enjoyable process of tinkering with experimental systems, the opportunity to exercise great creativity, the beauty of scientific data, and a feeling of immense awe when one gets a rare insight into the way the world operates. The rewards for doing science range from the utilitarian to the downright spiritual.

This post was previously published on the BioLogos blog, Science and the Sacred, and is reproduced here with permission. See

[2] Ron Cole-Turner, ‘What Do You Find Most Interesting or Surprising About the S&R Discussion Today?’, Science & Religion Today, 21st May 2012, http://www.scienceandreligiontoday.com/2012/05/21/what-do-you-find-most-interesting-or-surprising-about-the-sr-discussion-today-ron-cole-turner-answers/