Appreciating the Beauty of the Earth 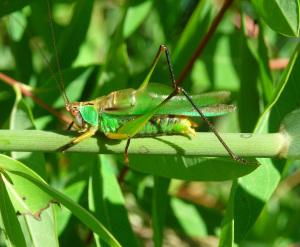 In my reading of the natural theology literature I’m finding myself drawn to the pre-enlightenment scientists and theologians. Theologian Jame Schaefer has written about the appreciation that a number of patristic and medieval theologians showed for the beauty of the earth. In their writing they express awe, wonder, delight and joy in their study of nature.

‘diversity of beauty in sky and earth and sea…the dark shades of woods, the colour and fragrance of flowers; the countless different species of living creatures of all shapes and sizes…the mighty spectacle of the sea itself, putting on its changing colours like different garments, now green, with all the many varied shades, now purple, now blue.’

Augustine, The City of God

For these theologians, careful study of God’s creation is almost essential. It’s commonplace for them (and the early scientists such as Bacon and Pascal, that I recently read about in Nancy Frankenberry’s book) to express great thankfulness that they are able to ‘read God’s book of nature’, unlike the foolish ones who pass all these delights by.

One of my favourites among the theologians covered in the paper was an unnamed Cistercian who wrote extensively about the abbey where he lived and the surrounding countryside. He was obviously very happy with his vocation, and showed a good understanding of the interconnectedness of the different factors – water, weather, crops etc – almost an early ecology. The other was Albert the Great, teacher of Aquinas, who wrote on ‘the importance of observation and experimentation in field and laboratory studies of animals, plants, metals, and inorganic elements’. He conducted field studies, and ‘legitimised the study of the natural world as a science within the Christian tradition’. For him, appreciation of nature had both cognitive and emotional aspects.

That I might train my senses to appreciate the world more is obviously not a new thought to a biologist.  But Schaefer’s very clearly defined connection between science, a more intuitive appreciation of nature, and faith is interesting and extremely relevant today, when much of the world is being lost to the bulldozer. As Schaefer says, ‘At present, sacramental beholders are desperately needed.’