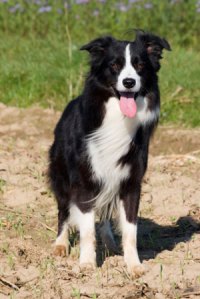 A few weeks ago I discussed this passage in Genesis 9 with some colleagues at the Faraday Institute. God gave Noah and his family animals to eat, but there was a level of respect or care for life: ‘But you must not eat meat that has its lifeblood still in it.’ Also, human life was valued more than the lives of animals – there’s something different about us. Ethicists such as Peter Singer would have difficulties with that approach – he thinks that an adult chimpanzee is worth more than a human infant, but he’s in a minority (I hope!)

At this week’s Faraday seminar, David Williams of the Cambridge University Vet School spoke on ‘Animal Rights, Human Responsibilities?‘, drawing on the material in his Grove booklet of the same title. He gave a thorough survey of Bible references to animal welfare and the thinking on animal rights from Aristotle to Tom Wright. He brought out the tension between care for animals and the value of human life. His overall message is summed up in this excerpt from Matthew’s gospel:

Are not two sparrows sold for a penny? Yet not one of them will fall to the ground outside your Father’s care. And even the very hairs of your head are all numbered.  So don’t be afraid; you are worth more than many sparrows.

A rather extreme example of this principle in action, that Williams describes in detail in an online paper, was the colourful and controversial missionary doctor Albert Schweitzer, who won the Nobel Peace Prize in 1952. He was known to care for animals as well as humans in the hospital he ran in Gabon. In looking down a microscope at trypanosomes he wondered: if we should have reverence for life, how could he kill them when they infected his human patients? He decided it was a necessary evil.

I was a fly on the wall at a Test of Faith day course in Durham last weekend. One of the delegates there spoke about how in the past people had a strong sense of humankind as being God’s creatures, alongside the other creatures he had created. We have lost sight of our creatureliness, and lost a dimension of worship along with it. Richard Bauckham described this in ‘Loving Our Fellow Creatures’, a paper on Christians and animal rights:

The biblical passages cited [in the previous portion of the article] all relate to the idea of the human ‘dominion’ over other creatures. They envisage a ‘vertical’ relationship of humans to animals, in which humans are in some sense set ‘over’ other creatures. But the Bible also uses another, complementary way of portraying our relationship to animals. This is a ‘horizontal’ relationship in which we stand alongside other creatures. The key thought is simply that they and we are all creatures of God. This thought is just as prominent in the Bible as the idea of ‘dominion,’ but it has been given less attention. In my view, we shall only get the ‘dominion’ right if we also get the relationship of fellow-creatureliness right too….

In my view, the most important way in which Scripture sets us alongside the animals as fellow creatures is its portrayal of the worship of God by all of god’s creation (Isa 42:10; Ps 69:34; 96:11). Modern readers of the Bible sometimes take such passages to be mere poetic fancy. Of course, they do not mean that other creatures worship God in the ways that we do. Other creatures worship God just by being themselves. They exist for God’s glory. Their worship expresses the value they have for God.

The best way to learn to value other creatures is to learn to worship with them, to recover the sense, so powerful in the book of Psalms, that our own worship is part of the worship of the whole creation. In worship we do not stand above our fellow-creatures, but beside them and before the God who created us all. The Bible never suggests that we help other creatures to worship. Rather, a passage like Psalm 148 gives the strong impression that they help us to worship. Coming to appreciate the value they have for God raises our hearts and minds in praise to their Creator.