A Very Very Short Introduction to Philosophy of Science 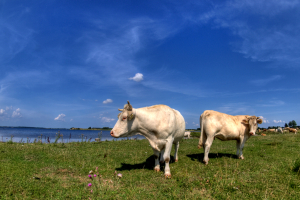 Some people make it their job to scrutinise the assumptions that scientists make, and check whether what they say matches up with what they do. What are the limits of science? What sorts of questions can it answer successfully, and what are the main features that define science? This sort of philosophy is a valuable source of critical thinking, and essential to any discussion of science and religion.

On exploring the philosophy of science[1] I very quickly discovered that I was not going to get any easy answers. Philosophers love disagreeing with one another, and scientists do not always agree with what philosophers say. I suspect this disconnect happens partly because philosophers don’t always spend time in modern science labs as part of their analysis, and partly because scientists and philosophers speak different languages. Nevertheless, some insights are helpful in thinking about what science is.

Mathematics is deductive: all x are y, this is x, therefore it is y. Science, on the other hand, is usually inductive: so far all cows we have seen are ruminants, this seems to be a species of cow, so it is likely to be a ruminant. Scientists tend to move from limited data – an examination of cows in part of the world – to a more general conclusion: all cows are ruminants. These are arguments based on probability, so they give provisional conclusions. One day we might find a species that shares all the characteristics of cows, but which has one stomach not four, so we would then need to come up with some new definitions.

The inductive approach has been very successful in predicting things about the world in a way that is reliable and can become the basis of technology. This approach relies on the uniformity of nature. Gravity is expected to behave in the same way on Jupiter as Earth, and as Jupiter is bigger its gravity is expected to be far stronger. This expectation that the laws of nature do not change from one side of the universe to another is an act of faith, but one that has worked for us so far. Of course night science is often messier than simple induction, but the principle remains important.

Another useful approach in science is inference to the best explanation. This is detective work: water absorbs and emits light of this frequency, we observe this frequency of light coming from a planet far away, so the planet has water on its surface. The next step is to test the deduction with some further experiments. In the end you make a case for your hypothesis using all the evidence you have found, and your colleagues judge whether or not you have made a good case. The best way to show confidence in someone’s work is to base your own research on it – you’ll soon find out if they did their experiments well or not.

After induction things start to get more complicated, and I find that scientists begin to get dissatisfied with philosophy of science at that stage. Experimental scientists are practical people, and they use modes of enquiry that work. Of course it’s good to examine your assumptions and biases, but when it comes to deciding whether the physical world exists outside of human thought, things start to get a bit too abstract for some people. As Samir Okasha says in his book Philosophy of Science: A Very Short Introduction (OUP), from time to time philosophers of science have tried to tell scientists what is and isn’t possible, and were often wrong.

In the end, defining science is difficult because the techniques of different fields of are so varied. Astronomy is a historical science because light from distant galaxies takes billions of years to get here, likewise geology and evolutionary biology also involve historical detective work. Theoretical physicists find that mathematics models reality to an extent that they sometimes rely on equations in the face of apparent ‘hard’ evidence, while experimentalists want to see physical phenomena before they accept a theory. Most scientists are reductionists, breaking things down to the bits and pieces that make them up, but every field has its limits: biologists will work with molecules, while chemists are more interested in atomic phenomena. Systems biologists are anti-reductionists, working on whole organisms or groups of organisms. Any attempt at a precise definition always leaves someone out or includes an academic field that traditionally has nothing to do with science, like history or literature.

In general, science usually ticks most of the following boxes[2]. It is the study of objects or phenomena that can be weighed, measured or observed. Questions of meaning or value are excluded. It uses generalisations about properties or mathematical descriptions of them. Its statements are always provisional, and open to falsification. It reduces personal bias to a minimum, adding in layers of accountability and repetition by others to reduce bias further. This is the most common approach by scientists, and is known as ‘critical realism’. There is a real physical world out there that we can study, but our knowledge is neither exhaustive nor final.[3]

[2] Based on an excerpt from Denis Alexander, lecture on ‘The Christian Roots of Science’, Launde Abbey, Leicestershire, June 2013.