A Reflection for Lent

As they were going out, they met a man from Cyrene, named Simon, and they forced him to carry the cross. They came to a place called Golgotha (which means ‘the place of the skull’). There they offered Jesus wine to drink, mixed with gall; but after tasting it, he refused to drink it. When they had crucified him, they divided up his clothes by casting lots. And sitting down, they kept watch over him there. Above his head they placed the written charge against him:

this is jesus, the king of the jews.

Some of the most beautiful things in the world have an ugly side. I was recently sent a picture of something that looked as if it belonged in the Christmas section of a plush department store. An array of perfectly spherical red velvet balls were covered with a light dusting of glitter, and held aloft by smooth black stems that emerged from a single varnished branch. Only this was not a table decoration made of wood and velvet, but slime mould at its most picture-perfect. The ugly part of these organisms – if you don’t mind the slime – is that they only form their fruiting bodies in times of extreme hunger. The beautiful red baubles in the picture were a sign of starvation, not celebration.

What about the emperor penguin chick, nestling in a feathery pouch above its parent’s feet? There’s a lovely moment when mum and dad greet each other over the gaping beak of their fuzz-ball offspring. Heads bent together, making a heart shape in the air, they are the very image of matrimonial happiness – or so we think. We can’t help seeing a reflection of our own ideals of love in the pair, but the reality of what these birds have been through is even more gruelling than human parenthood. Father penguin has spent all winter sheltering the egg from freezing hurricane-force winds, while mother penguin was feeding at sea. When the chick hatched its parents then played an exhausting game of tag, taking it in turns to walk across the ice and risk being eaten by leopard seals or killer whales so they could catch fish for their chick. 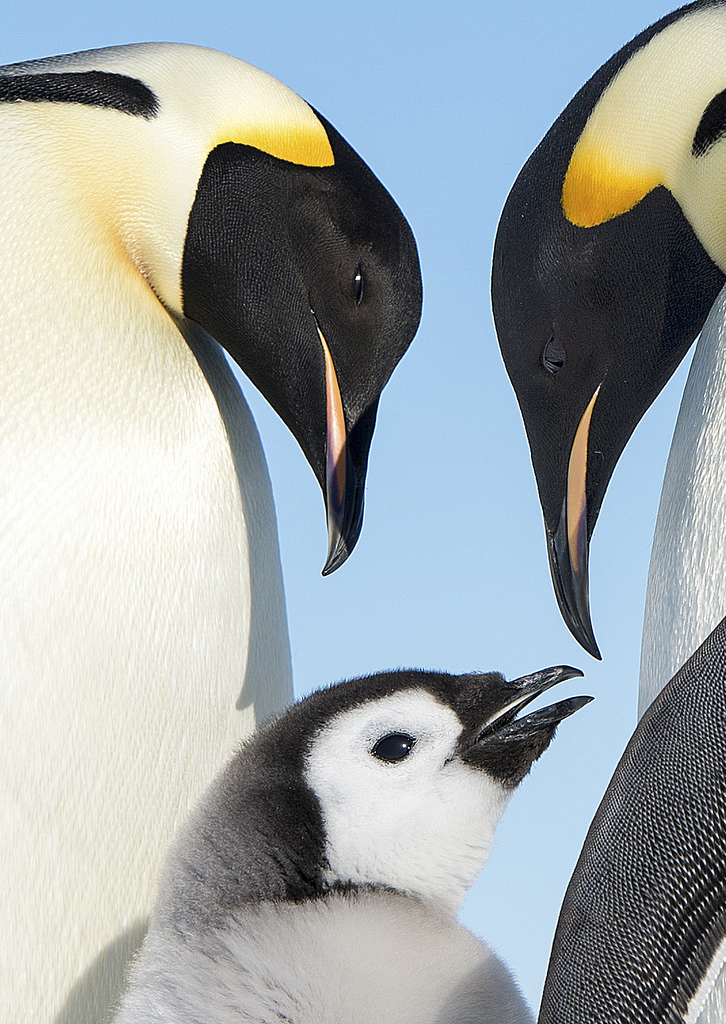 The living world is truly wonderful in so many ways, but the darker side of the picture is never far away. Of course I am projecting values onto organisms that don’t share my view of the world, but the reality is that the challenges of life can be seen everywhere you turn. Even the fact that these creatures’ experiences remind us of the struggles and pain that haunt our own lives is significant. Creation is groaning (Romans 8:22), and waiting to be rescued.

Enter Jesus, through whom all of creation was made. The king of the universe came to live with us, bringing his great love and wisdom to the human population of first-century Israel. Having spent millennia building a relationship with these people, God finally sent his Son to walk their roads as one of them. The creator was relating to his creation in a very personal way, and this could have been a totally beautiful picture.

But there is an ugly side of Jesus’ story that is so horrifying that it almost obscures the beauty of what he did on Good Friday. Human sinfulness resulted in the Son of God being executed by his enemies. Today’s passage is brutal: a mind-numbing substance (‘wine…mixed with gall’) is offered to the prisoner ahead of his excruciating death; the clothes he will not need again are shared out as loot among the soldiers; and the guards are presumably there to stop his friends from either freeing him or giving him a quick death.

Two truths shine out above these stark details. As Jesus stumbles under the burden of the cross, it is given to another man to carry. Simon the bystander is pressed into service to keep the show on the road. He has no choice in the matter, but in a sense his sacrifice mirrors what Jesus is about to do. He takes on another’s load, when it had become too much for him to carry. We cannot handle the consequences of our own sin, but Jesus’s death on the cross was the way we could be released from that burden.

The other truth is in the sign. Ancient Greek didn’t distinguish between upper and lower case for names, but the translation here conveys the disrespect the solders may have felt for their prisoners. The words themselves were true, but they were far short of the full truth. Jesus is my king too, and the king of every other human being. He is the king of the slime mould, the penguins, and every other living thing on earth. The earth itself, the moon, stars, and galaxies beyond are also part of his realm.

The beauty in the events of Good Friday is that Jesus died to redeem not just the people who choose to follow him, but also the non-human parts of creation. This was all part of his plan to rescue us from pain and death, and to save all of creation from its trials and the destruction wreaked on it by those who were supposed to serve and preserve it. We have been promised resurrection, and a restored and renewed creation. What things will look like in a physical, renewed, creation – I don’t know. The cycles of life and death cannot go on if death itself is ended. Perhaps we might get slime mould fruiting bodies without the threat of starvation, but we’ll just have to find out. The details are trivial compared to the truth that the rescue itself will actually happen.

The effects of the cataclysmic events surrounding the death and resurrection of Jesus Christ can already be seen rippling out into the world, for those who care to look. Human lives are changed for the better, even if their day-to-day existence is still incredibly tough. Those changes can also have an effect on the non-human parts of creation. When people come to understand what creation is for, and who it belongs to, they can learn to do their job as images of God on earth properly. They can begin to serve and preserve the earth rather than using up its fruitfulness as fast as possible. These things are only whispers of what is to come, but they give me hope for the future redemption of all creation.

So that ugly day nearly 2,000 years ago is called ‘good’ because of what it achieved. Jesus’ brutal death on the cross was part of a series of events that will set his people and the rest of creation free from sin and death forever. I can choose to dwell on the beauty of Jesus’ death because the events we’re reading about today were not the end of the story – Easter Sunday beckons. 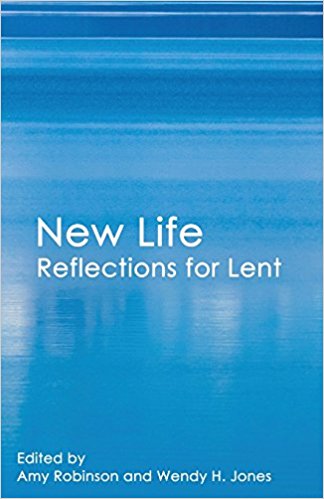 This post was reproduced with permission from New Life: Reflections for Lent, edited by Amy Robinson and Wendy H Jones (£7.99). This book contains a series of carefully selected pieces by members of the UK Association of Christian Writers, including fiction, poems, and many other styles of writing, each one focusing on a passage from the Bible.