A Different Kind of Teaching 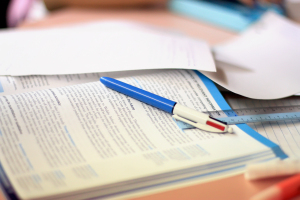 Last week I met Francis Edward Su, a Mathematician who is on sabbatical in Cambridge. I have written recently about the challenges of teaching science (in Questioning, and Ignorance). Su has a PhD from Harvard, is the Benediktsson-Karwa Professor of Mathematics at Harvey Mudd College, and is the President-Elect of the Mathematical Association of America, so he could be tempted to take himself too seriously to teach well. Teaching takes time, and students ask too many questions, but Su has given himself to his students in a way that recently won him an award.

According to Francis, giving an acceptance speech for a teaching award is a bit intimidating – people expect you to do something extraordinary (or at least keep them awake). Rather than reel off a list of teaching tips he decided to focus on just one, explaining what motivates him to teach well. His talk had such an impact on his colleagues that it’s worth sharing some of it here.

As a PhD student Su became discouraged and might have dropped out of university if he hadn’t been convinced that ‘math is beautiful’. He felt drawn to his chosen subject and was sure he was made to be a mathematician, so he switched to a different supervisor and finished his PhD.

The new supervisor Francis chose was one who had shown him kindness when his mother died a couple of years before. A single act of ‘authentic humanness’ won that professor the respect of his student. Francis said that ‘having my worth [as a person] separated from my performance gave me great freedom! I could truly enjoy learning again.’ He was able to receive feedback without feeling as if his identity was being destroyed.

Francis tries to bring this lesson to his own teaching. His efforts range from giving donuts to those who make it to 8am classes, setting interesting exam questions, letting the students take control of their own learning, and one to one meetings with the ones who are failing. He teaches that ‘the struggle is the more interesting place to be, because a healthy confusion is where the real learning begins’ (sounds a bit like Stuart Firestein). He is honest about the fact that he nearly quit his PhD – encouraging his students to find places where they can thrive – and reminds those with pressing family problems that their academic work is not the most important thing in the world.

Academia is often centred around achievement: getting a good PhD, publishing the best papers, and securing a job in a world class institution. It’s tempting to let that become everything and stop enjoying the science – or lose your humanity. Su says that the best teachers are ‘The ones around whom you feel you have no shame’, and I suspect these people also make the best lab heads.

The scientists who I am most drawn to are the ones who are having fun, not taking themselves too seriously, and giving time to people like me who want to ask lots of questions. It would be interesting to survey past Nobel Prize winners and see how many are like this. I suspect there would be a fair few of both ‘achiever’ and ‘human’ scientists, but I wonder which way the balance tips in terms of exciting science?

Francis Su’s whole talk on teaching is available here. He will be giving another lecture on the same subject in Cambridge (UK) in the Latimer Room, Clare College at 5pm on 26th November 2013.