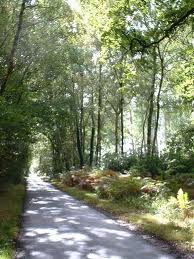 The philosopher of science Nancy Cartwright has rejected the idea of law in nature. Instead she has proposed that we live in a ‘dappled world’. Philosopher and theologian Lydia Jaeger spent her PhD investigating how far certain philosophers of science were influenced by their personal worldviews. In reading Cartwright’s work Lydia was intrigued by the theological metaphors that she often used. A stray comment in an obscure book review suggested Cartwright thought that law-like behaviour in the world would imply the existence of a creator.

On meeting Cartwright and putting the question to her directly, Lydia discovered that she did indeed think that the existence of law-like behaviour in nature would point towards the existence of a creator. Because she did not believe in a creator, Cartwright rejected the idea of scientific laws. Since those meetings, Cartwright has become more explicit about her motivation for rejection of law in science.

Wouldn’t we all like to live in a dappled world? Despite her beautifully coined phrase, Cartwright’s claim that the laws of nature only apply in certain circumstances has not contributed to the ongoing development of modern science.

Certain areas of science – biology for example – are not apparently law-like in behaviour. But the early scientists believed that the universe would reveal its secrets on a deeper investigation, and it did. The world does not always appear to operate in regular ways, and it took faith for the first scientists to start investigating using the tools of science.