A Bucket of Frogs: Curiosity, Wonder, and the Theology of Science 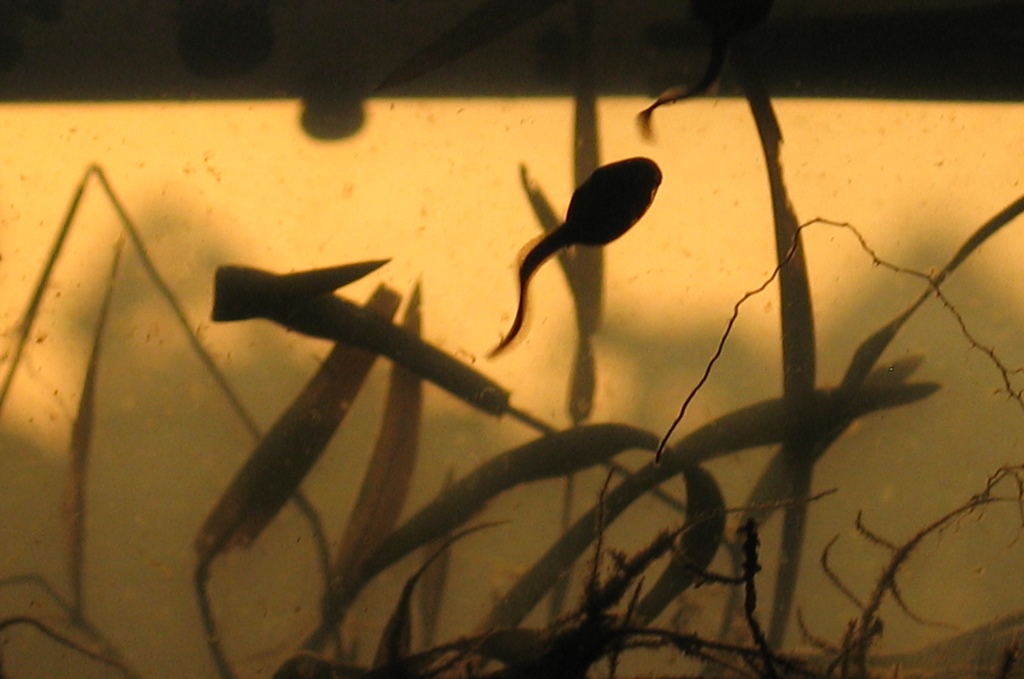 When I was three, I knocked a bucket of tadpoles all over on the patio. I remember the incident very clearly, so it must have been a relatively stressful one. It all happened in the back garden of the house my parents rented while they were house hunting in the Greater Manchester area. We had just moved down from Scotland, leaving behind a house that I no longer remember which had a stream at the bottom of the garden. 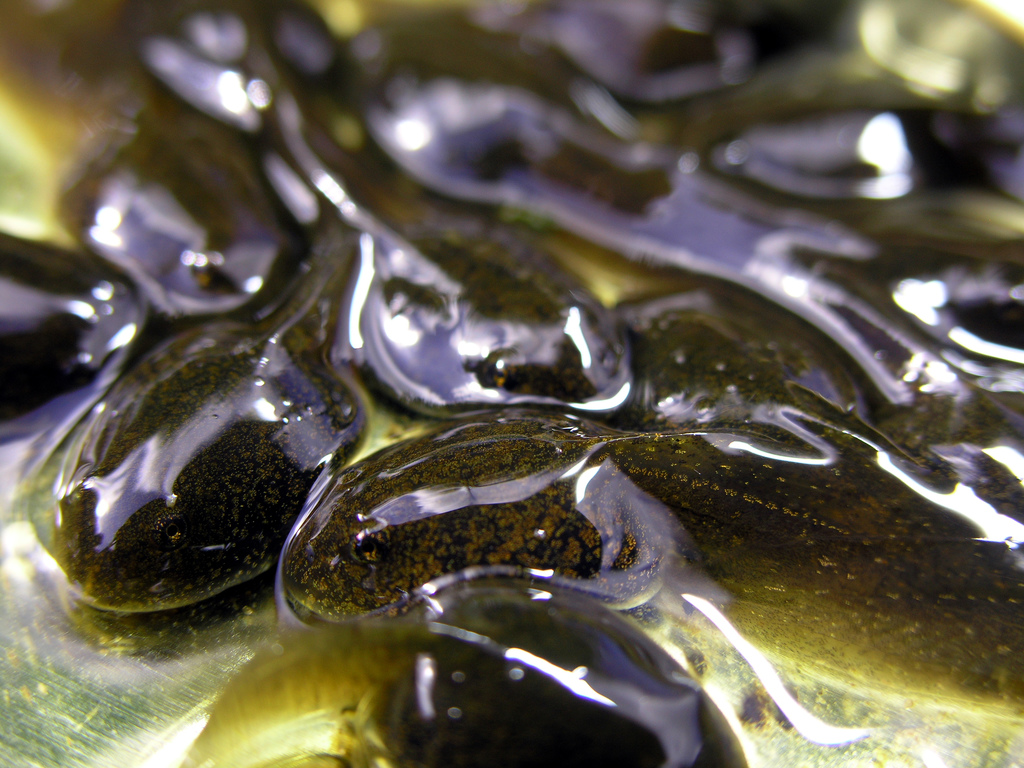 We moved down south in the spring, so the tadpoles I obliterated must have been collected to educate us on where frogs came from – now that we couldn’t see them in situ every day. But a toddler’s curiosity knew no bounds. What’s in the bucket? No, what’s really inside? Or maybe I was ‘helpfully’ moving it to another place. There was a big splash, and I think I was told off briefly. It was a bit sad because I don’t remember seeing those particular tadpoles again, and I must have had to wait another year before I got my lesson on metamorphosis.

I might have been great at destroying things when I was a child (my family would probably say that I still am), but I absolutely loved those times of watching living things up close and seeing them grow and develop. One of the winning entries in last year’s British Wildlife Photography Awards was a close-up of some tadpoles. Jeanette Sakel’s picture confuses the eye with some bubbles on the surface of the water. The animals are so close-packed and speckled that they almost look like a handful of sandy seaweed. Then you see the individual bodies, eyes, and fat tails, and realise this is actually a bunch of living organisms. But how do they turn into frogs? 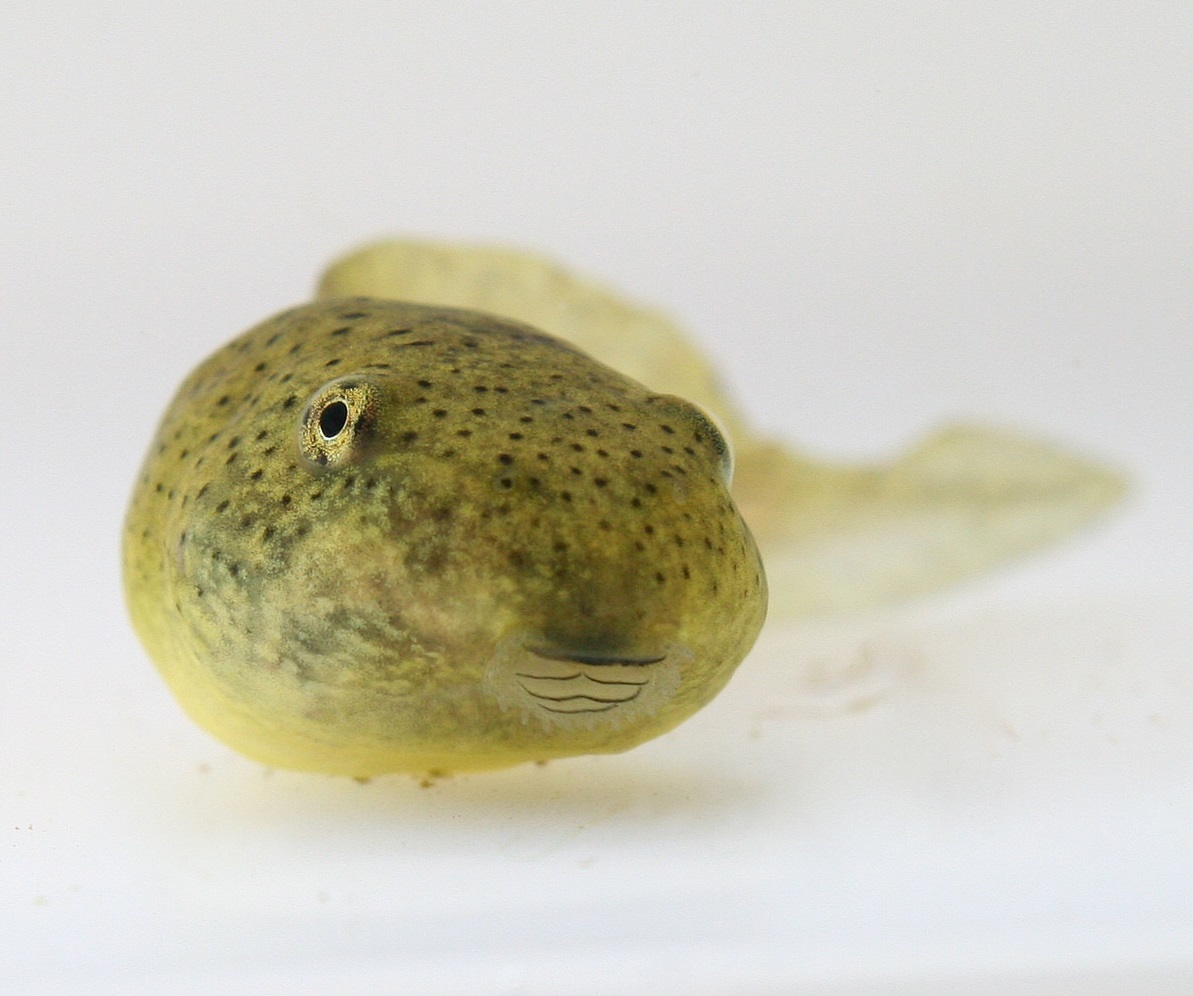 Inside the tadpole’s brain are two groups of cells, each of which produces a different cocktail of hormones. One group inhibits metamorphosis, and the other promotes it. To begin with, the inhibitory hormones win but when the time is right (i.e. when the animal’s development, amount of sunlight, temperature and available food are at the right levels) the other group takes over and metamorphosis begins. 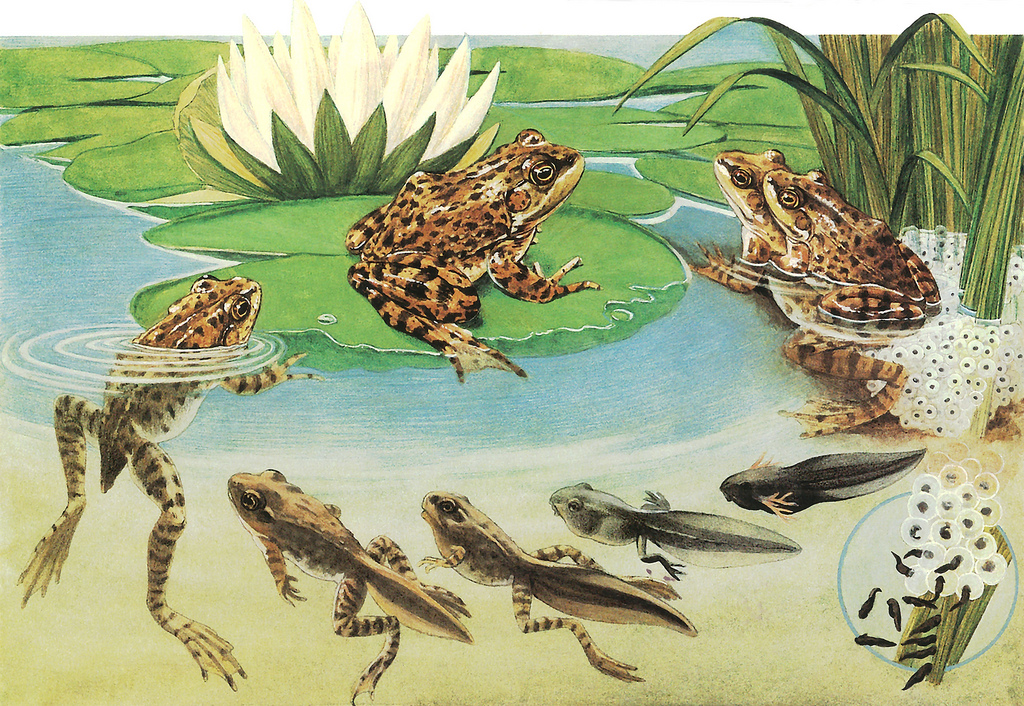 Before a tadpole can become a frog, large sections of its gut, salivary glands and muscles have to die, as well as the gills. The cells in these tissues are programmed to curl up and disintegrate, and are swallowed up by a specialised kind of white blood cell. Their new legs begin as small sacs of cells on the tadpole’s body called ‘imaginal discs’ (so-called because they produce the final image of the organism). Other changes include the position of the eyes and jaw. One of my developmental biology textbooks says that ‘The nervous system is also remodelled”, which I suspect is a bit of an understatement.

The hormones that activate metamorphosis have different effects on different tissues. So the tail dies off, but new limbs develop and grow. The secret behind this mechanism is that each hormone binds the same kind of receptor on the outside of the cell, but on the inside, different types of cell trigger a cascade of different genes. 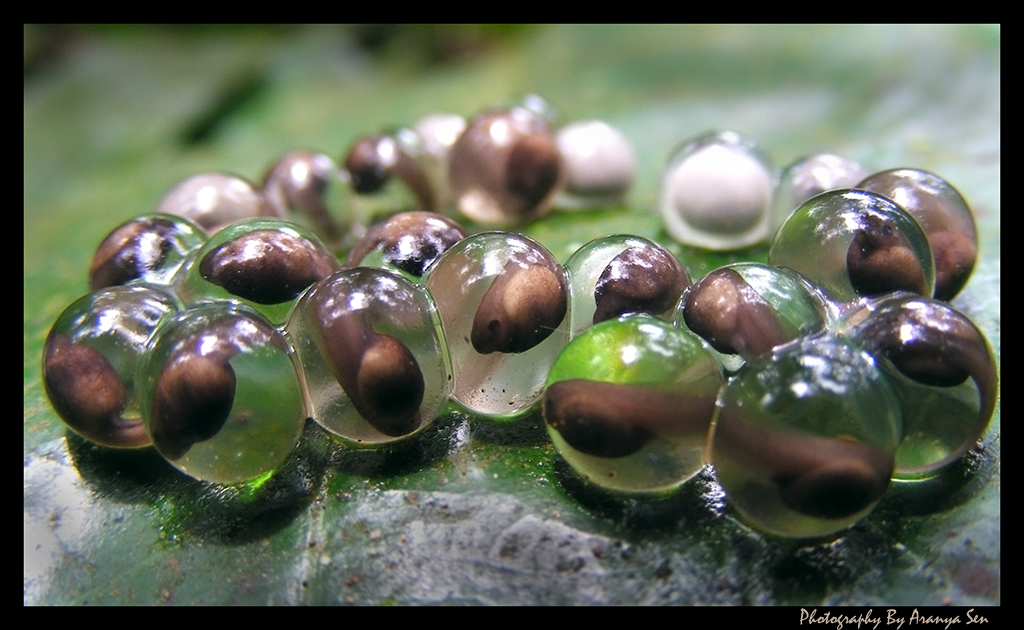 These layers of knowledge remove a little of the mystery of how a tadpole turns into a frog. My curiosity is a little more satisfied than when I was nearly three, but there is plenty more to discover. How is the nervous system remodelled? How does light trigger the hormones? What would happen if you kept tadpoles in the dark? (I’m not suggesting that anyone should try this at home.) These few details also reveal the cleverness of the process. Metamorphosis is surprisingly common in the animal kingdom, but it is amazingly complex. How is this an efficient way to grow up? Or is efficiency not the most important thing for an animal? 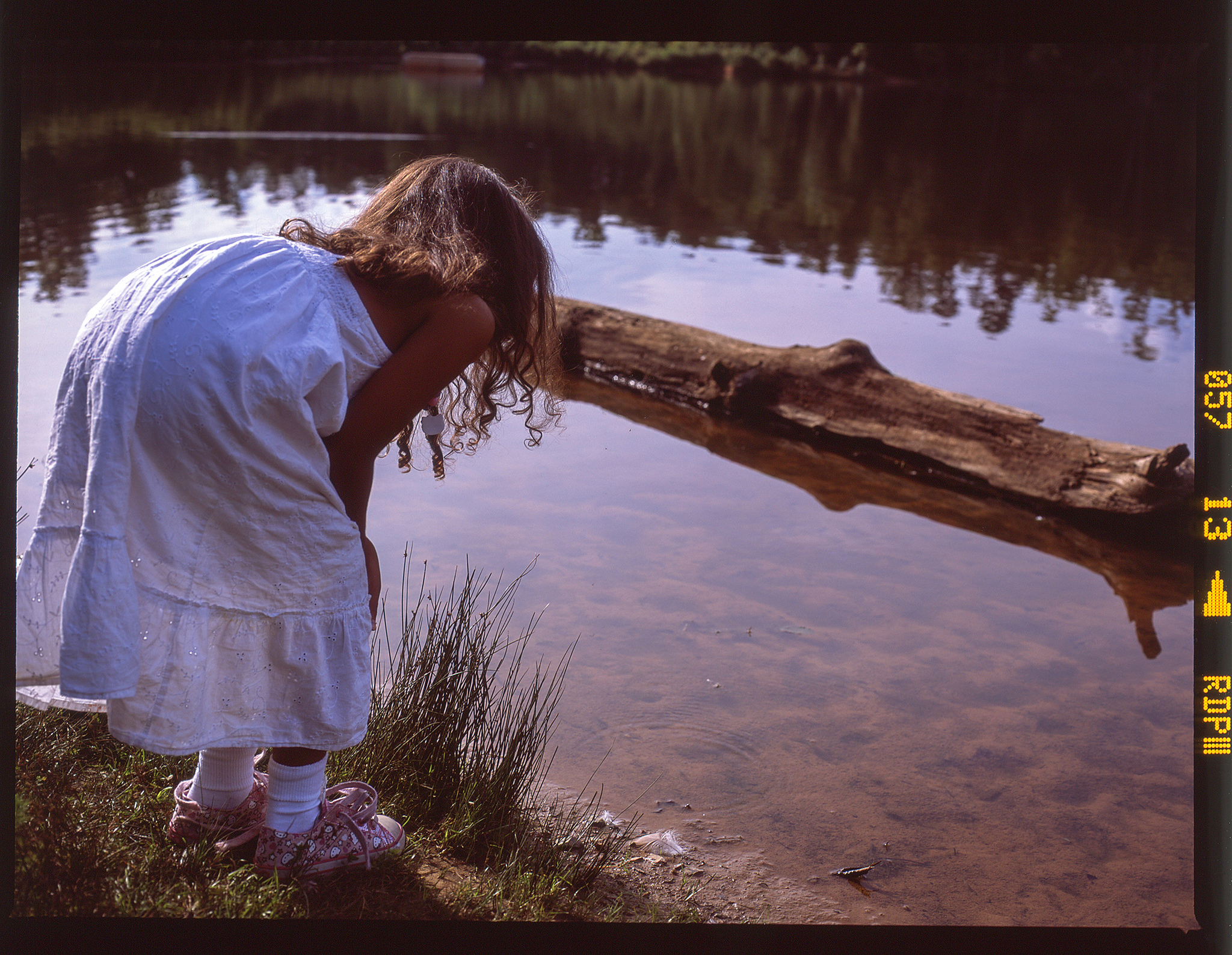 Scientists are essentially grown-ups who are still very much in touch with their inner two year-old. They refuse to stop asking questions, even when finding an answer becomes decidedly more awkward than opening a textbook. This site features a whole range of scientists who are also people of faith, and their beliefs in that area also drive their questioning. They believe God created the world (through a process that took hundreds of millions of years) and that the purpose of the things he made is to make him famous. So Christians, of all people, should be investigating what goes on around them and asking questions that respect the integrity and complexity of the things they find. This basic theology of science serves many of us in the scientific community very well, and is at least part of what keeps us looking into buckets of frogs – that is, until some ignorant or uncoordinated two year-old comes and knocks them over.

Category: Awe And Wonder, Biology, Dance Of The Cells, Developmental Biology, Scientists Of Faith, Theology Of Science, Wonder, Wonders Of The Living World