David Wilkinson is currently Principal of St Johns College and Professor in the Department of Theology and Religion at the University of Durham, England.  His background is research in theoretical astrophysics, where he gained a PhD in the study of star formation, the chemical evolution of galaxies and terrestrial mass extinctions.  He is a Fellow of the Royal Astronomical Society.  He also holds a PhD in Systematic Theology.

His current work at the University of Durham involves the relationship of the Christian faith to contemporary culture, from science to pop culture.

He is a regular contributor to BBC Thought for the Day. 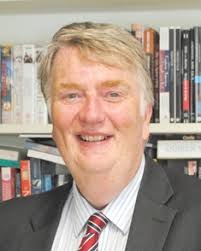