John Mosey was born in Coventry during the German blitz of 1940. He trained in the aircraft industry as a Technical Illustrator whilst studying at Lanchester Colege of Art and Technology in Coventry. After two years theological training he was ordained as a minister. For eight years he served as his denominations missions and aid director for Asia/Pacific. At Christmas 1988 his 19 year old daughter was murdered when Pan-Am flight 103 was blown out of the sky above the Scottish town of Lockerbie.  He helped in the production of Leicester Universities Masters Degree course in Emergency planning and disaster Management and has been a speaker at the government’s ‘Cobra’ conference. He continues to be active in teaching and training and is involved in getting various forms of help to some of the world’s neediest people. John and his German born wife, Lisa, now live in Lancaster. 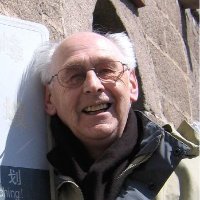