He was Associate Director of the Institute for Contemporary Christianity in London before moving to Bristol Baptist College (an affiliated college of Bristol University) where he was Vice-Principal and Tutor in Biblical Studies until he retired in 2012. He is an Honorary Research Fellow in Theology and Religious Studies in the University of Bristol. The course he taught on Science and Christianity received a Templeton award, as has a paper he has published on Science, Wisdom, Eschatology and the Cosmic Christ. Among his books is Can We Believe Genesis Today? (IVP, 2001). He is married to Hazel, a physics teacher, and they have two sons. 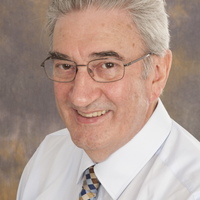