Christopher JH Wright was born in Belfast, Northern Ireland, and taught high school there for some years after graduating from Cambridge in 1969. After obtaining a Cambridge doctorate in Old Testament economic ethics, he was ordained in the Church of England in 1977 and served a curacy in the Anglican parish church of St Peter & St Paul, Tonbridge, Kent.

In 1983 he went with his family to India and taught a variety of Old Testament courses at the BD and MTh levels at the Union Biblical Seminary, Pune, for five years. He also contributed in other ways to theological education in India.

In 1988 he returned to the UK as Director of Studies at ANCC and was appointed Principal there in September 1993, a post he held for a further eight years.

In September 2001 he was appointed to be International Ministry Director of the Langham Partnership International, a consortium of trusts founded by John Stott, committed to the strengthening of the church in the developing world through fostering leadership development, biblical preaching, literature and scholarship.

He has written several books, including User’s Guide to the Bible (Lion 1983) and Walking in the Ways of the Lord (IVP 1995). He has a particular desire to bring to life the relevance of the Old Testament to Christian mission and ethics. He and his wife Liz have four adult children. 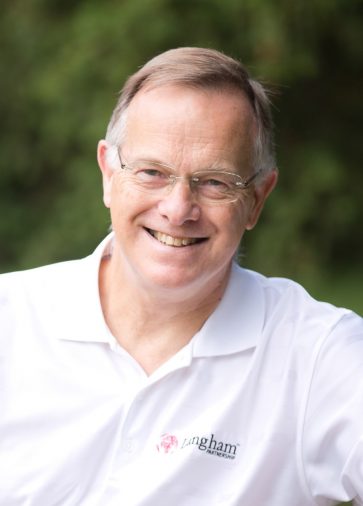