Richard Mouw is a senior research fellow at the Henry Institute for the Study of Religion and Politics at Calvin College (Grand Rapids, MI), joining the Institute founded in honor of Paul Henry, a long-time friend and colleague whom Dr. Mouw helped recruit to Calvin in 1970. Dr. Mouw is continuing his research in Christian political thought, as well as working with faculty and students on special projects, and helping to organize conferences and symposia. He is on the Calvin campus for several one-week stays during each academic year while he continues to live in California.

Prior to his return to Calvin and the Institute in 2020, Mouw served as the President of Fuller Theological Seminary (1993-2013) and directed their Institute of Faith and Public Life (2013-2020).  His initial career in academia began at Calvin College, where he taught philosophy from 1968 to 1985.

A philosopher and scholar, Dr. Mouw is the author of more than 20 books and has been an editor of the Reformed Journal. His publications include The God Who Commands, (Notre Dame Press); The Smell of Sawdust (Zondervan); He Shines in All That’s Fair: Culture and Common Grace (Eerdmans); Uncommon Decency: Christian Civility in an Uncivil World, (IVP Books); The Challenges of Cultural Discipleship, (Eerdmans); Talking with Mormons: An Invitation to Evangelicals; (Eerdmans), Adventures in Evangelical Civility: A Lifelong Quest for Common Ground.(Brazos Press), and his forthcoming All that God Cares About: Common Grace and Divine Delight (Baker).

Dr. Mouw served for many years as a panelist for the Washington Post’s online forum “On Faith.” He received the Abraham Kuyper Prize for Excellence in Reformed Theology from Princeton Theological Seminary in 2007. Dr.  Mouw has also participated on many councils and editorial boards, serving a term as president of the Association of Theological Schools, spending six years as cochair of the official Reformed-Catholic Dialogue, and is a leader in interfaith theological conversations, particularly with Mormons and Jewish groups. 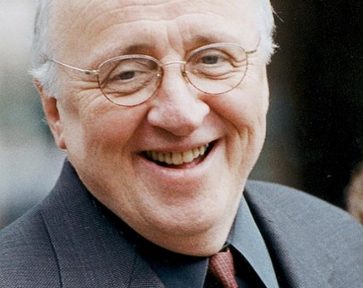