Dr. O’Connor has written extensively on philosophical questions concerning human free will, the topic of his first book. In the last several years, He has become especially interested in considering the emerging sciences of brain and behavior and the question of whether and how they pose challenges to ordinary notions of freedom and moral responsibility. He is also interested in exploring God’s causal relation to the universe and the relationship of theistic and scientific explanations.

Dr. O’Connor’s 2008 book Theism and Ultimate Explanation touches on some preliminary science-religion issues. He has recently lectured on the in-built limits of scientific explanation and the complementary role of theistic explanations. He has taught university courses addressing this topic, including a first-year university course entitled “Philosophical Reflections on Evolution and Religion.” 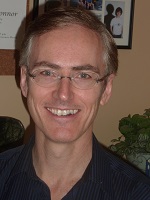