Stephen Freeland is an evolutionary biologist who studies how and why life on our planet evolved a system of genetic encoding.

He received Bachelor’s degree in zoology from Oxford University, a Master’s degree in Computing and Mathematics from the University of York, UK, and a Ph.D from Cambridge University’s Department of Genetics before crossing the Atlantic to pursue a scientific career in the USA.

A Human Frontiers Science Program post-doctoral fellowship at Princeton University led to a faculty position in biology at the University of Maryland Baltimore County (“UMBC”) where Stephen was tenured in 2007. His subsequent marriage to a member of the US Navy led him to relocate to Hawaii in 2009 where he worked as the project manager for the University of Hawaii node of the NASA Astrobiology Institute – the UHNAI – supervising a highly interdisciplinary team of scientists who seek to understand how habitable environments are formed within the cosmos.

Stephen has since returned to UMBC as director of Interdisciplinary Studies. He has particular interests in the interface of science and religion and in using the full spectrum of creative arts to visualize and communicate social science, natural science and engineering.

Stephen’s personal research uses theory to explore how and why genetic coding came into existence with the particular features we see today. His emphasis is to use computer analyses (“bioinformatics” and “chemoinformatics”) to test ideas that extend beyond biology as we know it. In recent years, much of this research has focused upon the library of 20 amino acids with which organisms build their genetically encoded proteins. These molecules form a clear link between biology and the non-living cosmos in that far more than 20 amino acids have been detected within meteorites and simulations of the pre-biological Earth. This raises important questions about how and why life on our planet evolved as it did – and what, if anything, we might expect from an independent origin of life elsewhere.

Selected Publications on Science and Religion 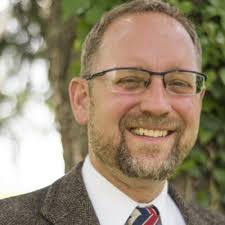