A member of the International Advisory Board of the Faraday Institute, Cambridge and of the International Policy Advisory Group at the Royal Society, he is on the Editorial Board of Science and Christian Belief. As a biological scientist he published extensively on endocrine physiology, reproductive biology and biotechnology, and was Director of Research at the Institute of Animal Physiology and Genetics Research (Babraham, Cambridge and Roslin, Edinburgh) and the Biotechnology and Biological Sciences Research Council. Elected Fellow of the Royal Society, he held posts as Foreign Secretary, Vice-President, and editor of the Philosophical Transactions of the Royal Society, Series B. He was President of the European Academies Science Advisory Council (EASAC), President of the Institute of Biology (now the Royal Institute of Biology), and President of the International Society of Science and Religion.

He was UK Representative on the European Science Foundation and the NATO Science Committee. With the Nuffield Council on Bioethics, the Department of Health’s Expert Group on Cloning, the EU President’s Advisory Group on Biotechnology, and Parliamentary Select Committee he has been engaged in public issues of biotechnology, population growth, sustainability and science policy working with the World Health Organisation, the UK-China Forum and the European Commission. He was scientific consultant for several international pharmaceutical companies. 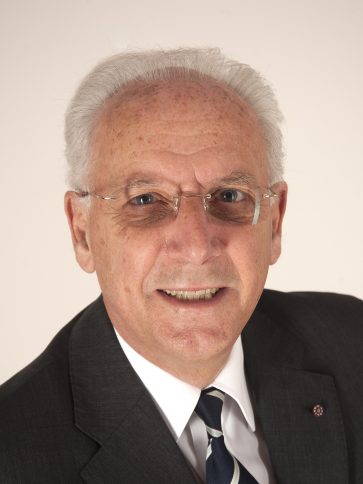