Satyan Devadoss is the Fletcher Jones Professor of Applied Mathematics and Professor of Computer Science at the University of San Diego. Before arriving in California, he was a professor at Williams College for nearly 15 years, and has held visiting positions at Stanford, Ohio State, Harvey Mudd, Université Nice, and UC Berkeley. He is a Fellow of the American Mathematical Society, and recipient of two national teaching awards, whose thoughts have appeared in venues such as National Public Radio, the Times of London, the Washington Post, and Forbes. His work explores the structure of shape, and its intersection with origami, painting, architecture, genetics, and design. He is a satisfactory father to four children and married to a queen. 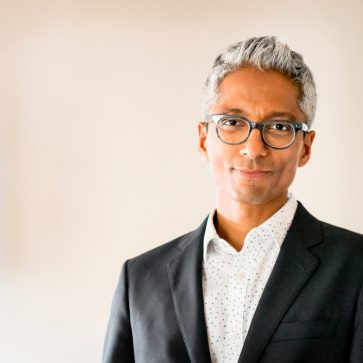