Michael Welker grew up in West-Berlin and in Grünstadt (Western Germany) and was ordained a minister of the protestant church in the Palatinate. In 1973 he received a PhD degree in Systematic Theology, Prof. Moltmann having been his advisor. In 1978 he received another PhD degree under supervision of the philosopher Prof. Henrich. In 1980 he completed his Habilitation in Tubingen, Baden-Wurttemburg, with his discussion of Whitehead and process philosophy. From 1983 to 1987 he was professor for Systematic Theology in Tübingen, 1987-1991 he held the chair for Reformed Theology in Munster, and since 1991 he has been professor for dogmatics in Heidelberg. He lectured at the University of Chicago (1984), McMaster University (1985), Princeton Theological Seminary (1988 and 1995), the Center of Theological Inquiry, Princeton (1997, 1999), and at Harvard Divinity School (2001).

In 2003 he was offered the position of the director of the Center of Theological Inquiry (CTI) in Princeton. 1996-2006 he was director of the Internationales Wissenschaftsforum Heidelberg (IWH), and since 2005 he is managing director of the Forschungszentrum Internationale und Interdisziplinäre Theologie (FIIT) in Heidelberg, which he also co-founded. The University of Debrecen awarded him an honorary phD degree. Since 2004 he has been member of the chamber of theology of the council of the Protestant Church in Germany (EKD) and judge at the constitutional court of the EKD; since 2006 he has been regular member of the Heidelberg Academy of Sciences. He was granted the Medal of Heidelberg University. Since 1984 he has given lectures in the USA, in Hungary, Korea, China, and South Africa; since 1991 he has given numerous endowed lectures. During his commitment with the IWH, CTI and FIIT he organized numerous projects of international and interdisciplinary cooperation, research projects extended over several years, publications, especially concerning the dialogue between theology and the sciences. Since 2006 he has been building a Global Network of Research Centers for Theology, Religious and Christian Studies. 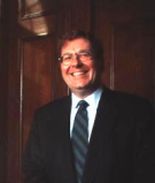