Mehdi Golshani is Professor of Physics at the Sharif University of Technology, Tehran. Dr Golshani studied for his doctorate at the University of California at Berkeley before returning to Tehran to pursue his academic career. His research interests include Particle Physics, Foundational and Philosophical Aspects of Physics, Philosophy of Science, and Theology.

Prof. Golshani is currently the Director of the Institute for Humanities and Cultural Studies and Chairman of the Faculty of the Philosophy of Science, Sharif University of Technology, Tehran. Previously he was Chairman of the Dept. of Basic Sciences, Academy of Science, Islamic Republic of Iran (1990-2000).

He is a member of a several scientific bodies, including the Academy of Sciences, Islamic Republic of Iran, the American Association of Physics Teachers and the International Society for Science & Religion 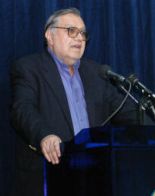