Professor Zoloth is a past President of the American Academy of Religion; the American Society for Bioethics and Humanities;  and past Vice President of the Society for Jewish Ethics. She was the PI of the grant from the AAAS that produced this book, and co-PI of an the chair of the HHMI Ethics Advisory Board.  As a Charles McCormick Deering Professor of Teaching Excellence at Northwestern University, she was the founding Director of the Center for Bioethics, Science and Society and of the Brady Program in Ethics and Civic Life.  She Professor of Bioethics and Humanities, at the Feinberg School of Medicine, and Professor of Religion and a member of the Jewish Studies faculty at, Weinberg College of Arts and Science. Her book, Health Care and The Ethics of Encounter, on justice, health policy, and the ethics of community, was published in 1999. She is also co-editor of four books, Notes From a Narrow Ridge: Religion and Bioethics, with Dena Davis; Margin of Error: The Ethics of Mistakes in Medicine, with Susan Rubin; The Human Embryonic Stem Cell Debate: Ethics, Religion, and Policy, with Karen LeBacqz and Suzanne Holland and Oncofertiility: Ethical, Social, Legal and Medical Issues and in 2015, Jews and Genes:  Jewish Thought and the Genetic Future, with Elliott Dorff. She is a member the NIH National Recombinant DNA Advisory Committee, (RAC) and the Ethics Committee of the American Society of Reproductive Medicine as well as 3 NIH DSMB, and Ethics committee for NASA, and NSF Synthetic Biology and Nanotechnology National Centers  She received both ASBH’s award for Service to the Field in 2007, and the NASA National Public Service Award for 6 years of outstanding service as the first ethicist on NASA’s National Advisory Board. In 2005 she was awarded the Graduate Theological Union’s Alumni of the Year award for service to the field of religion and social ethics. She was a founding board member of the International Society for Stem Cell Research and the Society for Neuroethics. Professor Zoloth also served on the national advisory boards of the American Association of the Advancement of Science’s Dialogue on Science, Ethics and Religion; the American Association for the Advancement of Science’s Working Group on Human Germ-Line Interventions and the California Stem Cell Research Advisory Board. She has testified for state and federal commissions on issues in emerging scientific research. 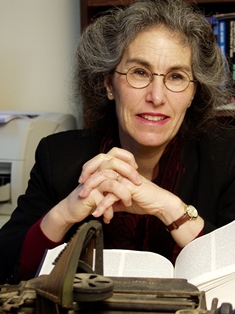